Amy at A Day of Small Things - Pin

If you are featured this week, be sure and grab a featured button for your blog!

You can show your love for this week's favorites by going over and commenting on the posts and by pinning or sharing!

And if you love all of this week's favorites, please pin, share, and invite your friends to this week's linky party!

How to Sew a Skeleton Skirt with POCKETS

I plunked a bolt of skeleton print fabric on the store’s cutting table.

Fabric cutting lady: what are you making?

Fabric cutting lady: Oh! Are you getting ready for Halloween early?

Me: No. Just making something fun to wear for every day.

Fabric cutting lady: (Gives me a blank stare because she doesn’t know what to do with this information and says nothing. This isn’t the first time I’ve gotten this response from her about one of my weirdo projects.)

That doesn’t matter because I made a cute, twirly dirndl skirt that has pockets! 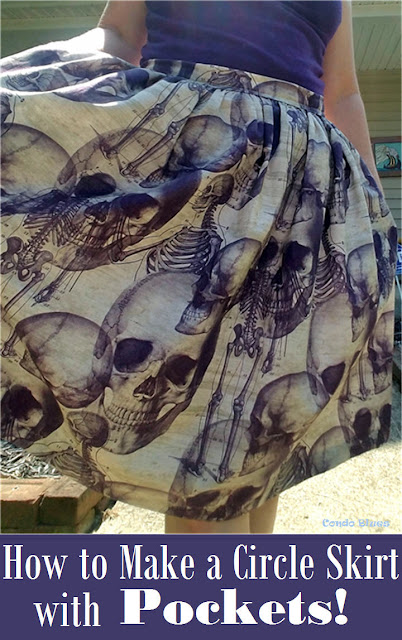 And you know what?

You can make one too!

Lacey was more than overdue for her annual vet exam, vaccinations, and a very much needed grooming as you can see from the photo. Our fantastic veterinary practice does all of that (including boarding and doggie daycare)  was closed due to lock down when Lacey was due for her shots. When the practice opened, pet parents have to wait in their cars during the exam. I put her exam off for a little longer because Lacey does better when her people are with her in the room and we all hoped things would get better and the practice could be back to business as usual. Lacey was not upset about this at all. 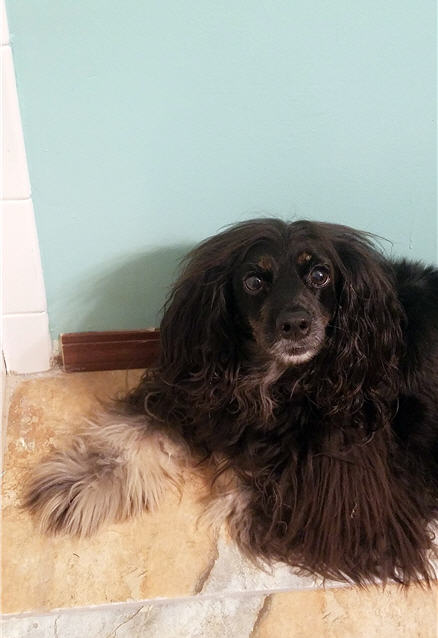 How would you feel if every time you go to visit Dr. H she squirts medicine up your nose and gives you a shot in the tushy? You wouldn't like it either Lisa!
Lisa Nelsen-Woods at 8/20/2020 07:11:00 PM 1 comment:
Share

How to Make a Halloween Mini Tote Bag

I bought a Halloween themed color your own mini tote bag kit (similar to the color your own tote bag kits here) thinking it might be a cute to hold allergy free Teal Pumpkin project treats during Trick or Treat. (Disclosure: I am including affiliate links in this post for you convenience.)

I wasn’t too jazzed with the colors or quality of the three markers that came in the kit which is what I expected since it came from a dollar store. No big deal. I planned on coloring it with craft paint and adding a few easy embroidered accents and outlines for fun. 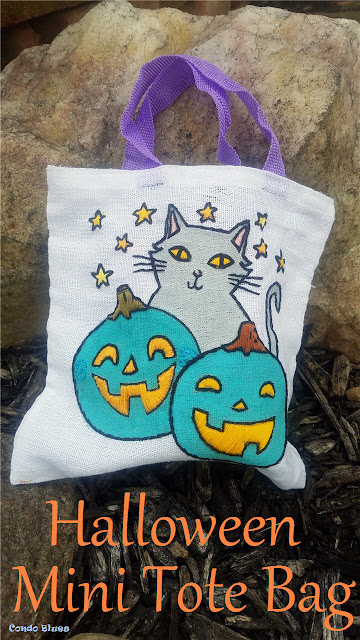 My living room is the Room of Many Boxes as my husband and I impatiently wait for the one thing that will allow us to start our bathroom remodel - the floor tile.
Waiting is the hardest part.
In the meantime, I've keeping myself busy sewing and soaping like a madwoman. My lastest projects are in the link party below!
Time to link up your fantastic and creative craft and DIY projects, recipes, and ideas!
Let's Party!

How to Make Button Hair Ties

My hair is growing out and is now long enough to put up into a proper ponytail as long as I use these exact Goody no slip hair elastics because for the first time in my life I haven't had to use a ton of clips, barrettes, bobby pins, and a gallon of hairspray to hold flyaways when I put my hair up. It's a miracle! (Disclosure: I am including affiliate links for your convenience.) I've tried other hair ties that claim to be for sports or no slip and they often slip out of my hair or slip enough that I have fly aways mid day. The same goes for the thin hair ties that look like this that I used as a teen. Bleah. I think they are better put to use around my thread spools and bobbins in sewing room to keep them from unwinding.

So while the no slip Goody hair elastics work fantastic, they are super thick and don't look as cute or subtle. Yeah I could hide the pony hair tie with a ribbon or barrette but it’s been so long that I’ve had hair long enough to use them, I really don’t have any. Besides, I’d like the option of wearing something a little more sleek when I have to be a grown up.

Let's make a hair elastic cover up with buttons!

Most of the buttons in this tutorial are vintage buttons from my Grandmother’s button box. I also made a button pony tail holder from a large flat button to see if it would work. It did!

My latest batch of liquid soap came together beautifully. That gave me the courage to retry making the coco butter soap recipe from this soap making book that I messed up so horribly it came out like Flubber. (Disclosure: I am including affiliate links for your convenience.) I learned from my mistakes and had e a perfect batch of coco butter soap cooking in the slow cooker. I also had a wee bit of melted coco butter and coconut oil leftover – too little to use it for soap, too much to throw away. I am just about out of moisturizer and coco butter is one of my favorite types of lotion and body butter. Hey, let’s make some!

I don’t like how my previous homemade body butters made coconut oil eventually lose their fluffy texture, the oils started to separate,  and coconut oil turn grainy in the jar.

Which I remembered after I had measured and combined the melted coconut oil, coco butter, and vitamin E oil in the measuring cup I use for water. D’oh! 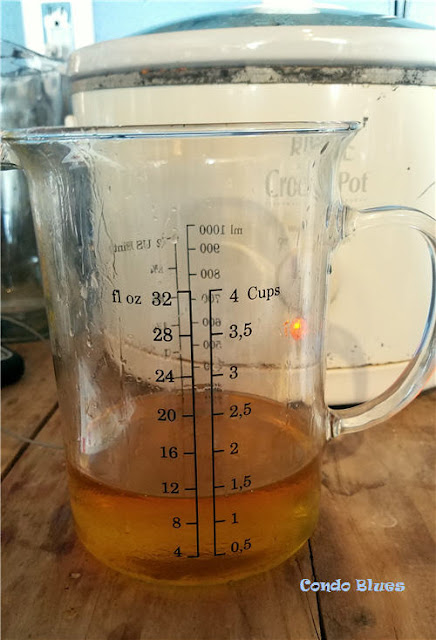 Can these homemade moisturizer ingredients be saved? Yes! Keep reading to find out how!

All is not lost! First up, using a high speed stick blender or mixer (like a like this KitchenAid Stand Mixer) over a hand mixer will help loads but to really keep the ingredients fluffy and from separating you need to use an emulsifier because well, that’s what emulsifiers were born to do.

I got a text that our new shower doors for our upcoming bathroom remodel are ready for pickup. Happily I emptied the trunk of our car, put the back seat down and zipped off to experience contact free pickup.
Home Depot guy comes out with my order (these exact shower doors swoon!) (Disclosure: I am including affiliate links for your convenience,) looks at my Ford Focus hatchback, and said it wouldn't fit.
Oh yeah? Well, I say never never underestimate a small woman in a small car who really hates her shower doors and will move Heaven and Earth to transport the new one to her house.
Especially when she has a long history of transporting oversize color guard props in tiny cars - sometimes across state lines. 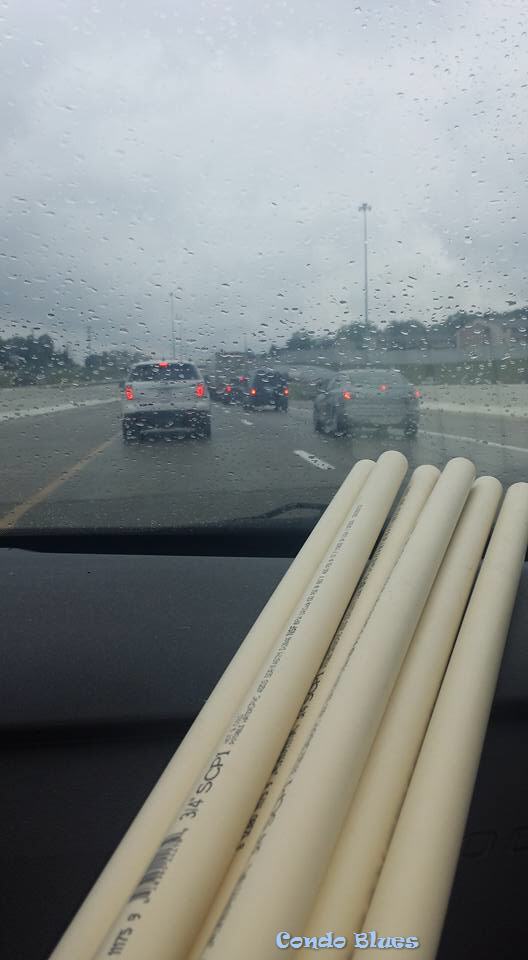 My view from the passenger seat transporting 20 ft streamer flag poles in a Ford Focus sedan. They run diagonally from the end of the trunk to the end of the dashboard but they fit! (Never doubt me husband. Ever.)
Lisa Nelsen-Woods at 8/06/2020 07:02:00 PM 3 comments:
Share

After putting it off for too long, I am planning the end of the Bathroom Remodel Trilogy with Master Bathroom: Revenge of the Leak.

This time around I am not even going to even try to consider reusing the bathroom vanity. We learned from Bathroom Remodel 2: Mold Sneak Attack the micro leak around the sink shutoff vales may have caused the vanity to mold like it did on the subfloor.

This isn’t a great loss because when we removed the guest bathroom vanity we found just how cheaply it was made. We realized that all of the cabinets in our condo would eventually need replacing. Then we sang the Condo Blues because part of the reason of we bought a new build is the expectation of quality cabinetry – ha!

On the upside, since we knew ahead of time that everything needs to be replaced in the main bathroom, I was able to do a little scouting while I was sourcing a new vanity for the guest bathroom last year. 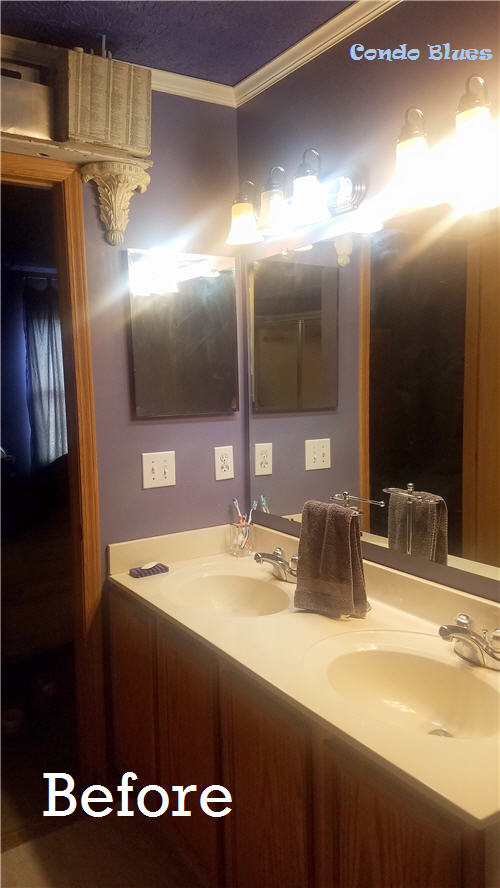