I have two large planters in my patio garden that have drainage holes in the bottom of the pot. I grow vegetables in them but they they need a little more attention in the watering department than the rest of my container garden that is planted in self watering flower pots.

I tried using these terra cotta watering stakes   to get the drainage pots on the same watering schedule as the self watering pots with varying degrees of success. I think the watering stakes work better when I’m going to be away from the house for a bit than as a full time self watering solution. (Disclosure: I am including affiliate links in this post for your convenience.)

I’m redesigning and adding more space to grow herbs and vegetables on my patio. Since I am removing and remixing the current potting soil with new in all of my planters, I figure it is a good time to plug the drainage holes in the green planters and convert them into self watering planters.

How to Make a Self Watering Container Garden 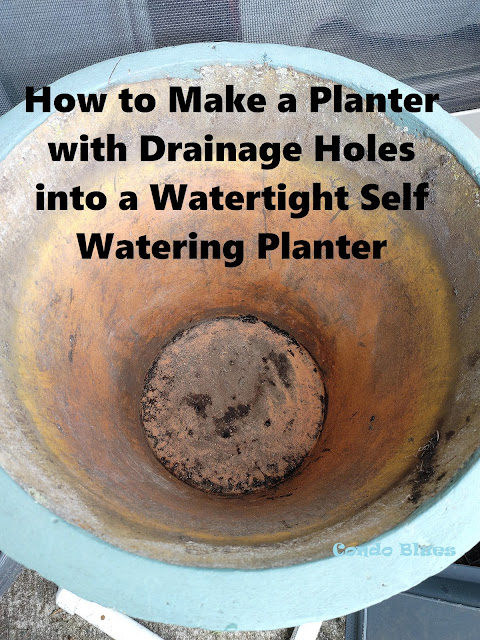 How to Install Electrical Boxes Without a Wall Stud

Every once and awhile someone asks me why I named this blog Condo Blues, when in reality, I actually like my house.

Oh gentle reader, I will say that after a steady diet of every DIY, home renovation, and decorating TV show imaginable my sweet, simple, naive self quickly found that some basic home projects are not as simple as they appear on TV once I bought a house. My most recent big, glaring smack in the face turned out not to be easy as I thought was replacing a set of bathroom vanity lights in an hour or two.

Because I found this hiding under the old vanity lights. 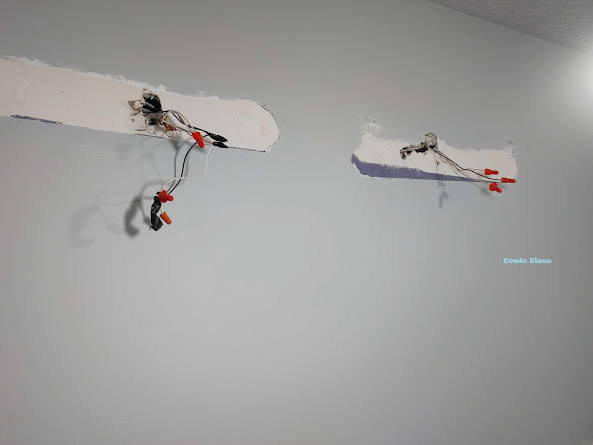 Surprise! My one hour project will now take two days at the least!

There aren’t any electrical boxes installed in the wall for the wiring like there should be. I’m also pretty sure that is a crack in the fabric of space and time on the right. I better patch that before Weeping Angels, Daleks, and all sorts of bad things seep though and ruin the progress I’ve made on my bathroom renovation.

The most electrical boxes (especially when you need to hang a wall light off it) are installed by attaching the electrical box to a stud when the wall is being built. This is not the case with the wiring for my bathroom wall lights because the electricians ran the wiring in the center of the wall stud because of the plumbing for the sinks sharing that space in the framing. The builders could have installed a number of electrical boxes to work around this but apparently took the easy and possibly not building code complicate (based on a huge discussion on the Condo Blues Facebook page ) way out with bare wiring poking through a hole in the drywall.

How to Install a Wall Sconce Electrical Box