Last summer, after losing several bushes in my front yard to grubs I tried to plant a grub resistant garden. This summer, I thought that I had the grub problem licked. I was wrong. I still had grubs in my soil. The grubs grew up to become adult Japanese beetles. The Japanese beetles started to munch on my new plants. 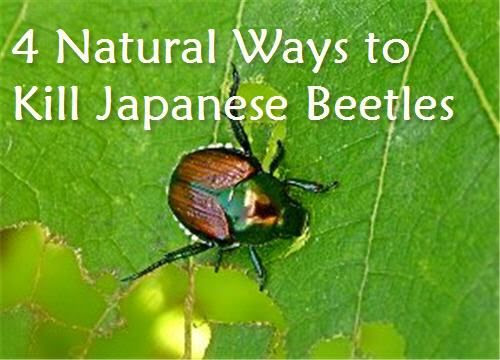 I may have lost that battle but I am determined to win The War on Grubs and Japanese Beetles. In addition, for the sake of my dog Blitzkrieg and his habit of walking through my garden bed, I’m going to kill those grubs and Japanese beetles using natural and organic methods even if it kills me (which it just might.)

According to Gardens Alive


insect problems are always worse in non-organic gardens, where the balance of nature is out of whack. Chemical fertilizers cause lush, weak growth that brings in pests by the droves. And, as many listeners wrote when telling us about their beetle woes, toxic chemical pesticides like Sevin don’t work well to control
these (and other) pests, but are excellent at killing and driving off beneficial
insects, birds and other predators that DO—not to mention limiting your happy
and healthy lifespan on the planet

Four Methods for Killing Japanese Beetles in the Garden


That validates my desire for killing these pests naturally. Unfortunately, for me and my I-want-to-fix-the-problem-now desires, the best way to treat my soil for grubs is not the quick fix solution but to use a multi step long term fix. I should:

Step 1. Use a Japanese Beetle Traps

If you want to try to save your plants, you may try spraying them with something that will make your plants less tasty to adult Japanese Beetles.

My plants were too far gone to try the sprays. I had to move on the something a little more drastic.

After checking the condition of the plants in my yard and removing the affenders, it’s no wonder that the grubs and Japanese beetles considered my yard a smorgasbord: 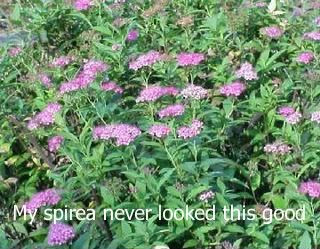 After I removed all of the infected plants from my garden, which was in essence all of the plants I had planted in my garden bed. It is now disease-free. It also looks like something out of Mobile Home Disaster. However, I’m not planting any new plants until I treat the soil.


Step 4. Treating the Garden Soil and Lawn for Grubs and Japanese Beetles

Gardens Alive suggests that I stop watering the lawn and let the grass go dormant in order to discourage Japanese beetles from using my yard as a party pad and later a nursery for their offspring. They say:


"Female Japanese beetles only lay their eggs in turf, and you can cut the numbers of the resulting grub babies that reside in YOUR lawn substantially… don’t scalp your lawn or water it during dry spells this summer; those females will soon be egg laying, and they greatly prefer moist, low-cut turf. (Don’t worry if rain is scarce; the lawn will just go dormant and green up again when wet times return, but those females will have long since flown to homes where they have a fast hand with the hose.)"

This one’s easy and well, frankly, I’m not very good at remembering to water the lawn anyway. This method is perfect for me!

Next, I need to so something about the grubs and grub eggs that are currently in my garden soil. I bought and applied Milky Spore powder (again from my BFF Amazon here.) Milky Spore an organic bacterium that multiplies in the soil over time, attacks the grubs, and kills them. This method is safe to use around pets and children. This is the only thing I applied to my garden that killed the grub eggs in the soil. Milky Spore is on the expensive side but it was worth it because I don't want to replace the landscaping again because grubs and beetles killed my plants.

Since I have a whole host of bad garden bugs in my garden, I’m using beneficial nematodes and the Milky Spore to kill the grubs and beetles in my yard. 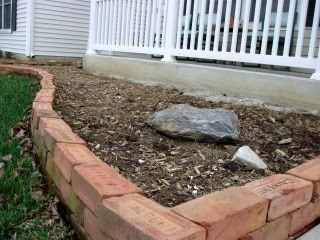 I have had minor problems with Grubs and bigger issues with the beetles themselves. I have used the traps in the past and have considered Milky Spores but haven't gone that way due to the cost. I did apply a chemical from Bayer that was an all season long grub killer. Believe it or not I have not seen ANY beetles yet. Could it be that simple? I hope so. In previous years I have just sprayed the trees when they started to munch and used traps. I would loose about 20% of the foliage but the tree survived and I trapped a bunch of beetles. I'm hoping that the Bayer killer worked and I wont need to spray the tree this year. Maybe the things are just hatching later around here this year.

Ha ha! I almost didn't read the post because of the title, I thought it would be boring, plus I don't know what Japanese beetles are -- perhaps we don't have them in arid Colorado? Nonetheless this post cracked me up (as your writing often does) and it is an inspiration to all of us and with various insect problems to keep trying. We recently had a boroughing wasp issue that my husband's been prodding me to write about...maybe I will now!

I'm looking a unique blog for my blogroll, I think I like your blog so much.
If you don't mind, would you like to xchnge link with me?
Thank you so much

green me - according to my research, Japanese Beetles aren't in Colorado. Since you're a good blogging friend, I'll be nice and wont' send you any. Thanks for the compliment. Readers, follow Green Me's example and read all of my posts. Every. Single. One. I'll be glad you did.

Handyguys - I used the Bayer killer last season because it was too late in the year to use Milk Spore. I think it didn't work for me because I replanted some plants that I didn't fully de-grub egg as well as I thought.

Well I stopped watering my lawn for the most part this year and have let it get longer (read: more natural/I like being lazy) as well. Haven't noticed any Japanese beetles this year, perhaps there's the reason! Last year they destroyed my roses so bad that I gave up on roses, maybe next year I could try again? I sprayed those Japanese suckers with Sevin and they'd just look up at me funny and crawl away, irritated but very much not-dead. Who'd've thought that just letting the grass get longer was all the weapons I needed?