Around here Halloween is ALL about the costume. I keep a running Halloween costume idea list in my head of unique and slightly out there costume ideas.

Last Halloween Husband and I went a Halloween party. The theme was Childhood. After mulling over the costume possibilities, I realized I had the perfect costume on my Halloween costume idea list. It’s something I’ve been wanted to build for a long time School House Rock's Bill from Capital Hill!    Husband got in on the School Rock costume action too. He was the Engineer from Conjunction Conjunction. 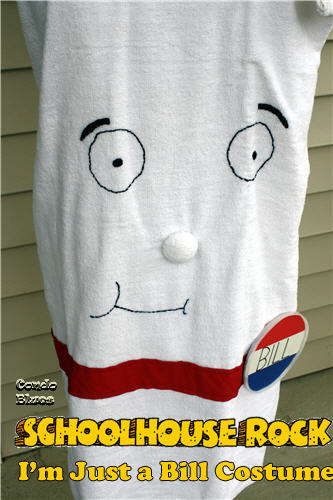 My American readers are screaming with joy (or if you aren't, you should be.) My non readers have idea what I’m talking about.

Schoolhouse Rock was a series of educational songs and cartoons teaching basic math, grammar, and history that ran during the commercial breaks of children’s Saturday morning cartoons. The songs were catchy like TV commercial jingles. They ran for 20+ years because they held up (and still do.)

I can personally vouch for School House Rock teaching lessons without you realizing it because I aced writing the Preamble to the US Constitution on a history exam because I had the School House Rock song running through my head. In fact, you could hear most of the class humming it under their breath during the exam. Thank you School House Rock! 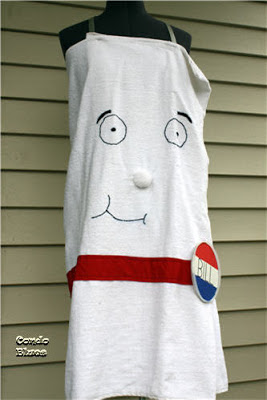 I considered cutting a hole for my face from foam and rolling it around myself to look like Bill’s scroll. I priced upholstery foam (OMG! Highway robbery!)

Then I remembered I might need to go to the bathroom, sit down on furniture, and need to fit inside a car to go to the party although Husband offered to strap me to the roof of the car if I didn't fit in it because he’s helpful like that. I looked for other options.

Not to mention, wrapping myself in a swath of petroleum based foam has never been on my To Do List.

Plan B. A white bath sheet.

Plastic straps from a paper box, etc or you can buy clear adjustable shoulder straps here

Disclosure: I am including affiliate links in this post for your convenience.

1. I cut a white bath sheet to wrap around me like Bill’s paper. I sewed Velcro on the top and side to keep it closed and shoulder straps from a box of copy paper at the top. 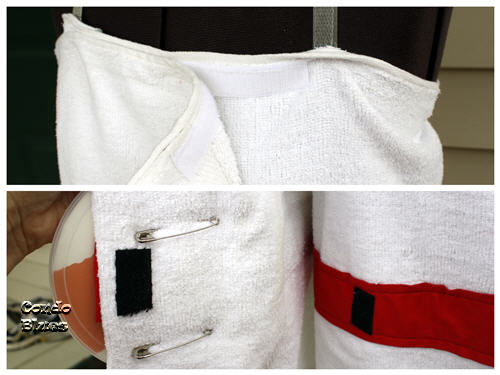 2. I drew Bill’s face in tailor’s chalk and embroidered it with a running stitch in black embroidery thread. 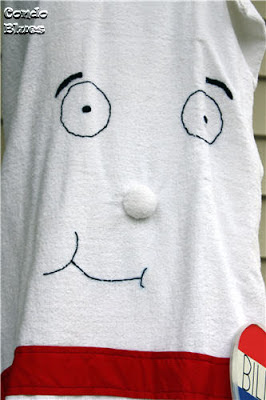 3. I made Bill’s nose by hand sewing a small scrap of towel around a bottle cap and cotton ball and hand sewed it onto the towel. Hot glue will probably work too. 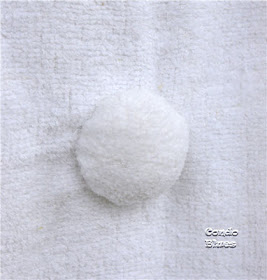 4. I eyeballed cutting the strip of red fabric, folding the edges over and sewed them to the towel for Bill’s ribbon. Wide red ribbon would be easier but I used what I already had. 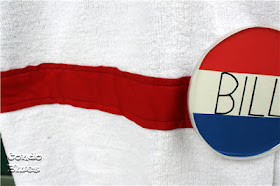 5. I made Bill’s BILL pin by cutting and gluing red and blue paper on a white circle and gluing it to an oatmeal container lid. I pinned it to the costume with safety pins. 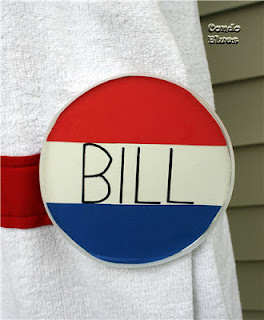 6. I wore a thrift store white long sleeve sweater and pants under the costume, I found a pair of white color guard gloves in our prop box and wore those too. 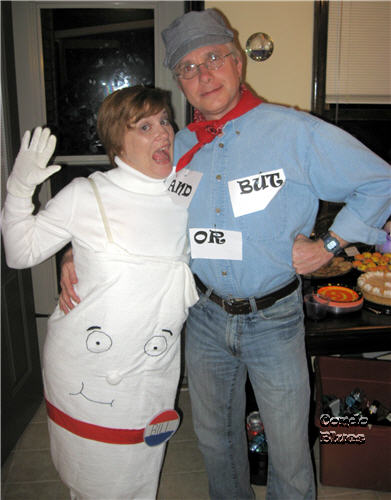 Husband’s costume was so easy I could have slapped him.

But it saved me a lot of work so I didn’t.

Slap him I mean.

1. Husband lucked out and found the hat new with tags at the thrift store about 2 minutes after he walked into the store. Lucky duck. You can buy a similar train engineer hat here.

2. Husband shopped the back of his closet (stuff he hangs on to but I won’t let him wear because it is out of style or butt ugly) and grabbed a denim shirt from an old job. He printed AND BUT OR on paper, cut them out, and pinned them to his shirt. If you don't already have the shirt, you can buy an inexpensive button down shirt like he wears here

3. Husband wore a pair of jeans and air of boots he already had and borrowed my red banana.

We had a blast! Husband and I won the costume contest for Best Theme. The party turned into an impromptu Schoolhouse Rock sing along after we tried to explain to a Canadian guest what the heck School House Rock was and how everyone knew all of the songs a zillion years after childhood.

If you are looking for more Schoolhouse Rock costume ideas (or just want to share it with your kids) check out the following options - and more! - below!


Did you enjoy this post? Get more like it by subscribing to the Condo Blues RSS Feed or to Condo Blues by Email.

I had forgotten all about "Bill" - cute idea!

OMG, this is wonderful! I hope you don't mind but D and I are going to have to steal your costume ideas. "I'm just a bill" was my absolutely fav Schoolhouse Rock cartoon (I have the DVD and still watch it regularly). Thanks for sharing on Tout It Tuesday! Hope to see you next week.

Oh, my goodness! I have all the videos for School House Rock. I still remember all of the songs. My hubby and I need costumes for tonight. These look so simple! Hmmm. Do I have time? I'm definitely pinning.

I’d love it if you shared this at One Creative Weekend on OneCreativeMommy.com. (Open Fri-Mon) I'm glad to have found your site from Mad in Crafts.

now I have the song in my head, giggle. Great costumes. Thank you for joining in the fun at the Thursday Favorite Things hop. Happy weekend wishes xo

CUTE and so fun!
Thanks for joining us for last week’s “Think Tank”. If you haven’t already linked up, we’d love to see you again today!
http://www.saving4six.com/2012/10/welcome-to-think-tank-thursday-3.html