Follow my blog with Bloglovin Husband and I took a tour of the Ohio Statehouse with visiting German friends. While the ornament style isn't something I consider my personal decorating style and architecture but it is impressive. Especially when you consider they build the Ohio Statehouse before the Civil War. In fact, Abraham Lincoln visited the Ohio Statehouse when he campaigned for President! (which they mention eleventy billion times on the tour.)

There is a surprising amount of natural light in the statehouse via skylights. You can tell the architect and designer took pride in their work and wanted to build a grand building for the ages. This domed painted ceiling and windows are one example. 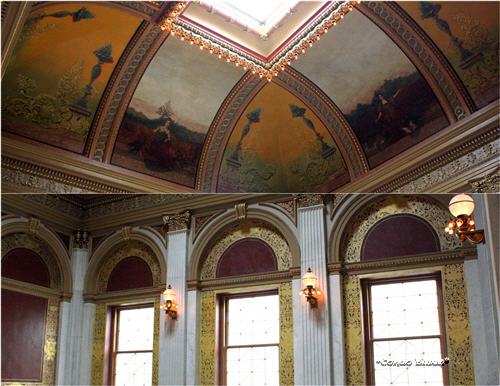 That is gold gilding paint around the windows. All of the lighting is original to the building.

While I think the gold damask is a little busy for a typical home, it is an excellent example of paint on architecture. They beefed up the look of these otherwise plain windows with a stencil and paint instead of framing the windows with costly molding.

This is the Ohio Senate Chamber. Again, the lighting is original but updated from gas to electric. The carpeting is the same pattern as the original. They have it on file and the company that made the original is still in business. 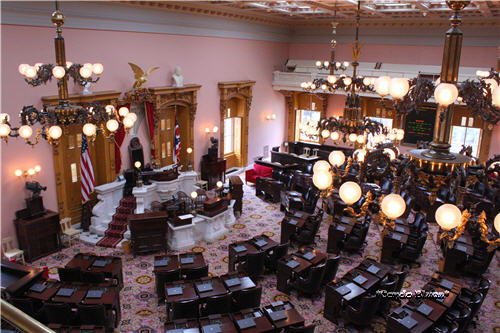 The ceiling of the State Senate Chamber. There are skylights with stained glass among the ornately carved recessed squares in this room. 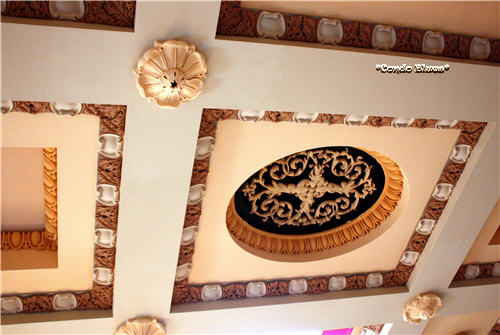 The main rotunda ceiling. It is difficult to see the detail in the photo, but there is a stained glass version of the Seal of Ohio in the center of the stained glass that tops the rotunda dome. 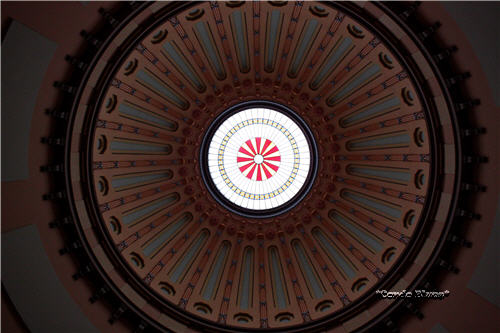 How did I get this photo? By laying on my back in the center of the room and pointing my camera up. It amused of our friends. It didn't phase Husband. He is used to this kind of thing from me.

Columns in the Ladies Gallery viewing gallery in the Senate Chamber. It was around this time they fired the original architect for spending way too much money and making the building a bit too grand. 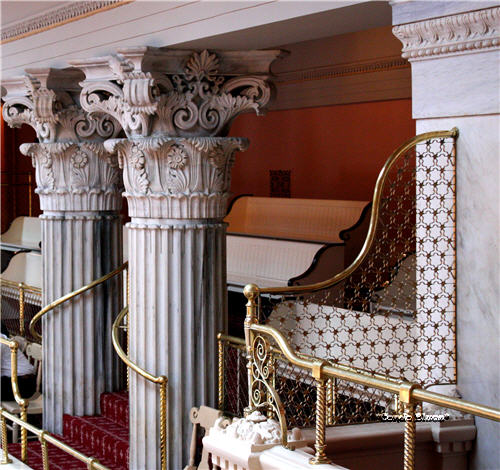 The new architect and designer's first project was the Ohio State House Chamber. It is a less grand and less ornate version of the State Senate Chamber. An example of how they tried to curb further expenses are the doorways. They used less expensive popular for the carved door and window moldings and a painted faux finish wood grain to get an expensive look for less. 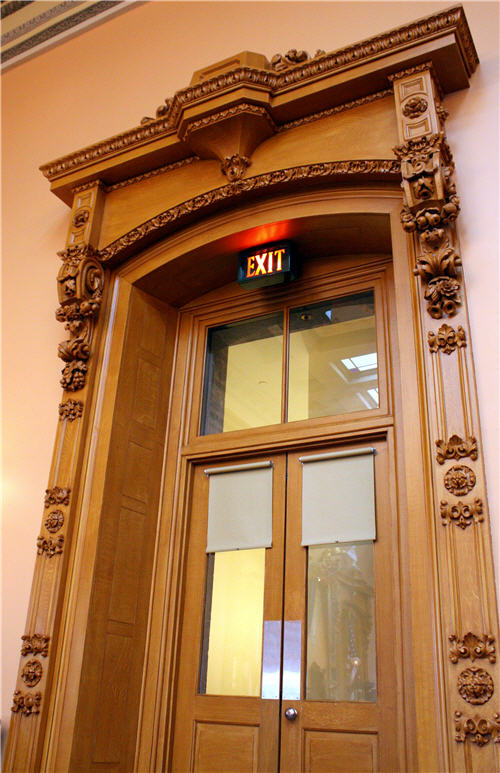 Husband and I like stained glass. We made a beeline to the Statehouse museum because of the giant stained glass Seal of Ohio on display. Can you believe this older version of the state seal was hidden away for so many years it was almost considered lost? They rediscovered it during a recent renovation and put it on display. 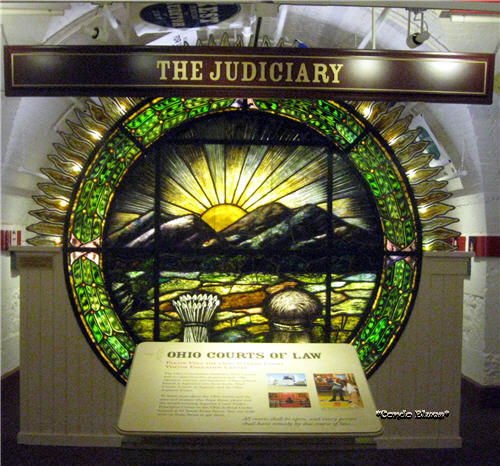 Once upon a time, this seal lived in the center of the stained glass insert in the main rotunda dome.

The colors in the stain glass pop because the display is back lit. Again, this is something any one of us can do at home on a smaller scale.

How did you spend your holiday weekend?