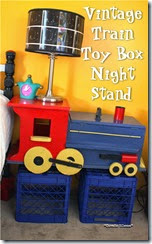 My grandfather made me this train toy box when I was a little girl. As you can see, he made it with a lot of love.

And skill. My grandfather had mad carpentry skills he learned from his father the carpenter.

My train toy box has tremendous sentimental value. It was also the most difficult item to keep and make work in the new guest room/craft room. This is the only place we have room for my toy box. Husband suggested I repaint it to go with the color scheme I first wanted for the room.

I quickly vetoed that idea.

Every ding bump and scratch on my toy box came from two little girls having a good time pushing each other around their playroom in this train. 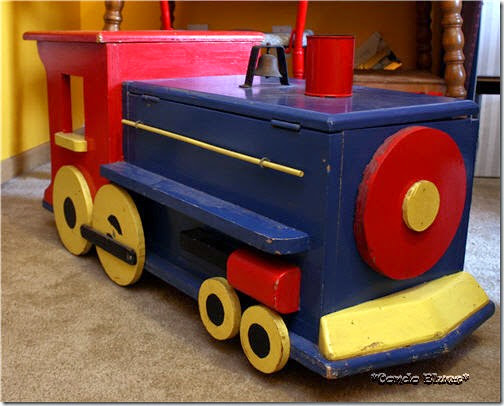 This vintage toy box on wheels probably horrifies some kid safety expert because the wheels and vehicle aren’t incased in bubble wrap and the children riding in it didn’t wear safety suits and helmets made from organic feather pillows. Thank goodness we survived!

Originally I thought I could make the toy box work for fabric storage. It didn’t go as well as I planned. 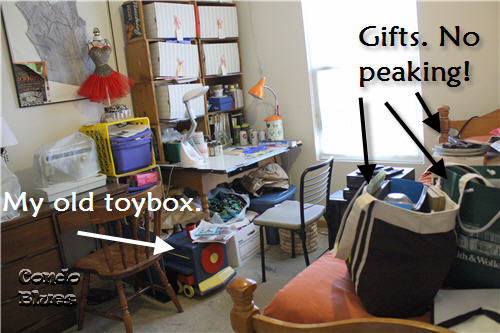 I think I stored more clutter on top of my toy box than in it.

We changed the planned color scheme for the room. I painted the walls Crayola Sunglow to coordinate with the blue, red, and yellow of my toy box. After a trying a bunch of space planning scenarios in Visio, I came up with a way to repurpose my toy box into a much needed night stand for the guest bed.

For the price of a couple of cans of spray paint! 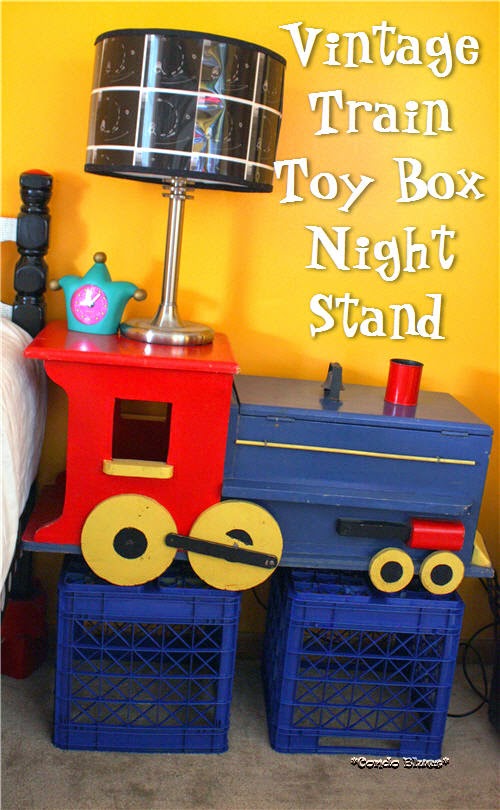 The toy box needs a base because the bed is too high and the toy box is too low to work as a night stand on its own. These two plastic crates lived in my room as a teen. Later I used them in various ways in my dorm room and apartments. I always wished the colors matched. I’m embarrassed to admit it never occurred to me to spray paint them the same color until now. 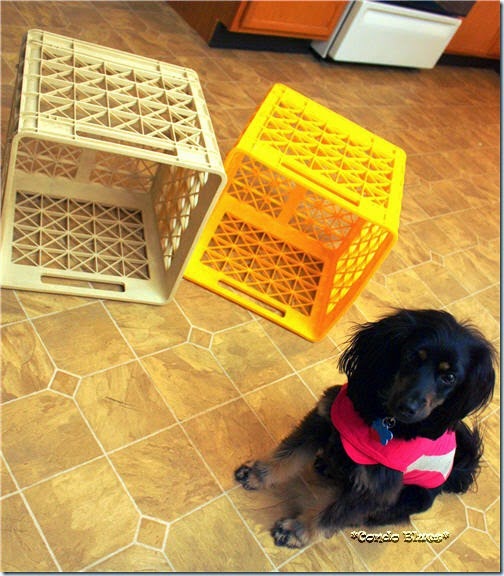 Lisa didn’t have to sand before she spray painted the plastic crates because she used Krylon Plastic Fusion spray paint. It is formulated to paint shiny plastic.  She painted them outside so I wouldn’t be around the VOC’s in the paint. She let them off gas outside for a long time before bringing them inside the house.

Two coats of blue spray paint and drying time later, I had the base for my train night stand. I hefted the train toy box on top of the crates. Ta Da! Instant vintage toy box night stand! 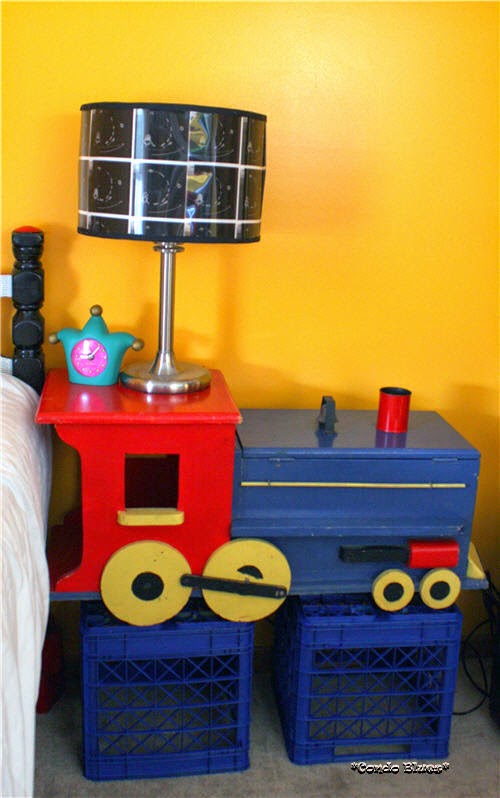 The open parts of the milk crate stabilize the wheels on the bottom of the train so it won’t roll off its base.

Every time I walk past it I think of my grandparents and smile.

Lisa,
The train toy box plans must have been posted in some handyman magazine in the late 1940s because my father made the exact toy chest for me! It now entertains my grandsons when they come to visit :)