Behind the Scenes of My Good Day Columbus TV Cooking Segment


Last Sunday, Good Day Columbus asked me to do a Lazy Budget Chef five minute crock pot cooking segment on their TV show.  I thought I’d give you a peek on some of the things that happen and what you should be aware of when you present a tutorial or recipe on TV. 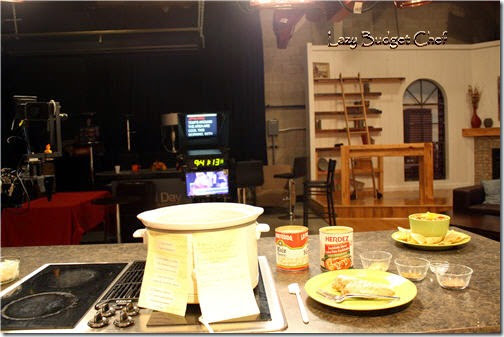 When I worked in TV, I was on the other side of the camera. This felt weird.
All photos in this post are courtesy of my food blog Lazy Budget Chef.

First, before I commented to anything, I ask the producer a bunch of questions. They wanted me to teach the show anchors how to cook a comfort food slow cooker meal viewers can make later in the week during the upcoming Arctic cold front.


I had to provide all of the ingredients, the slow cooker and kitchen tools, a finished example of the recipe, and a written copy of the recipe for the show’s web site.  Local news magazine type shows like this generally do not pay guests a one time appearance fee because it can look like the station is paying for interviews – a journalism no no.


Basically, the show gets a free cooking segment and Lazy Budget Chef gets free publicity on local TV. That’s usually how it works. It is up to you to decide if this is of value to you.
I decided to do it because it sounded like fun (it was!) and I was pretty sure Husband and I might want to eat dinner at least one time during the week. It would be nice to have something on hand if we got hungry.


I ended up having a lot of extra on hand because I spent a day playing Test Kitchen tweaking ingredients after Husband sampled all of the batches. Once I had the recipe nailed down, I had to make it so show the audience what it looks like when it is finished. I made a third batch when I got home from the studio with all of the ingredients we dumped into my crock pot during the segment. Good thing it freezes well! 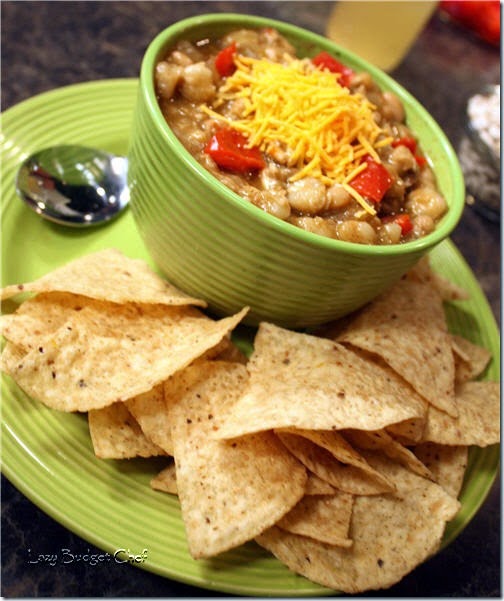 I am a little embarrassed my recipe has two canned ingredients because I really wanted to do something from scratch to show it is easy and a cheaper and healthier way to cook. Given the time constraints, I had time to make either the sauce or the recipe but not both. So canned enchilada sauce it was.

Presenting a simple dump it all in the crock pot recipe also allowed me to teach the anchors how to make it while they interrupted with interview questions. I knew that ahead of time and practiced at home. The producer collaborated with me on the interview questions which allowed me o say what I wanted to say about food and Lazy Budget Chef.

The five minute segment flew by! It was like patting my head and rubbing my stomach while tap dancing at the same time.

I used my large crock pot for TV because it hid my recipe notes in case I forgot what I was supposed to do next. My notes also encouraged me to look at the slow cooker and anchors during the segment instead of straight at the camera like  Diane of Big Green Purse advised me not to do. Thank you Diane for the helpful tip! 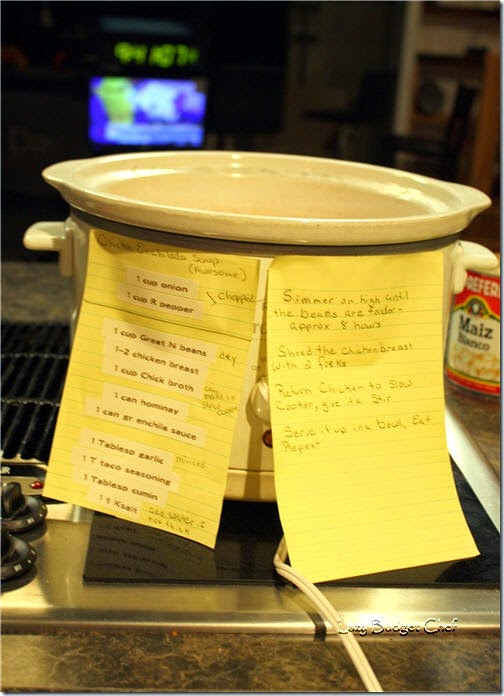 I joked to the anchors my big Post It Notes were my lazy budget teleprompter.

My notes and practicing still didn’t stop me from saying “uh” a few times and repeating a joke because I was nervous. *cringe*

Can I tell you how I love my clear Pyrex storage containers even more after this experience? I used them to transport and display my premeasured ingredients. They looked professional and organized. Folks assumed I did the show before. Yay good first impressions!

Sets are smaller than they appear on TV. This studio held three permanent sets. You can one of them from the kitchen set.

Some of the equipment you might see on TV is for looks and doesn’t work like the sink on this kitchen set. This isn’t surprising considering how many power and equipment cords fill a TV studio and the non permanent nature of the sets.

The number of Do Not Use signs on the kitchen set sink gave me a chuckle though. From the number of signs inside this sink, I’m pretty sure just about every guest has tried to use it for water. 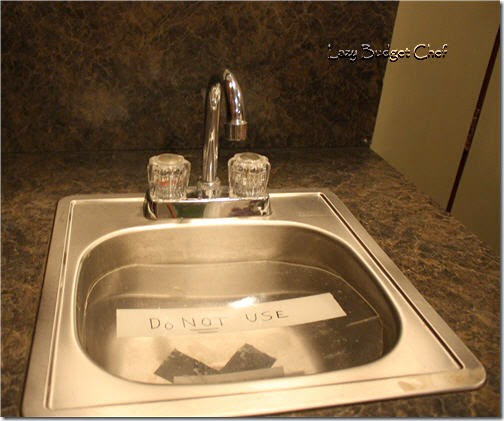 I DVR’ed my segment but don’t have the nerve to watch it yet. My friends said I did well. Whether it true or they were just being kind because it was my birthday I don’t know.  I spent the rest of the day preparing soup for the freezer.