Happy Star Wars Day! May the Fourth be with you!

Now all of those Star War maker kids are grown up. They share the Star Wars movies with their children and play with the cool new Star Wars toys they didn’t have when we were kids. But the coolest thing of all is those maker kid grew up and are still making epic Star Wars DIY projects. Some for their kids but mostly for themselves. 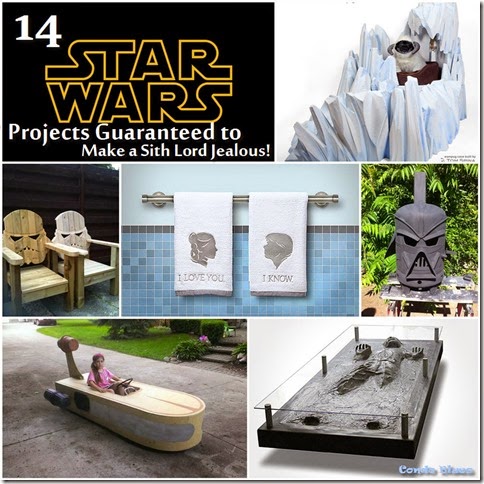 May the Fourth Be With You: 14 Star Wars DIY Décor Projects

You and your friends can chill out in the backyard with the Imperial Army in a battalion of Stormtooper Anarondack Chairs by Got Wood Workshop. 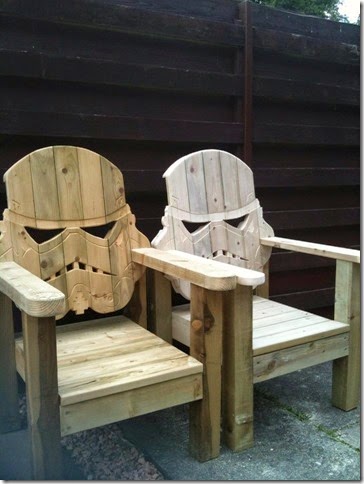 These are the chairs you are looking for.

What good is a bunch of deck chairs in the backyard if they aren’t around a fire pit? This Vader Gas Bottle Log Burner by doddieszoomer is appropriate for Stormtrooper chairs. 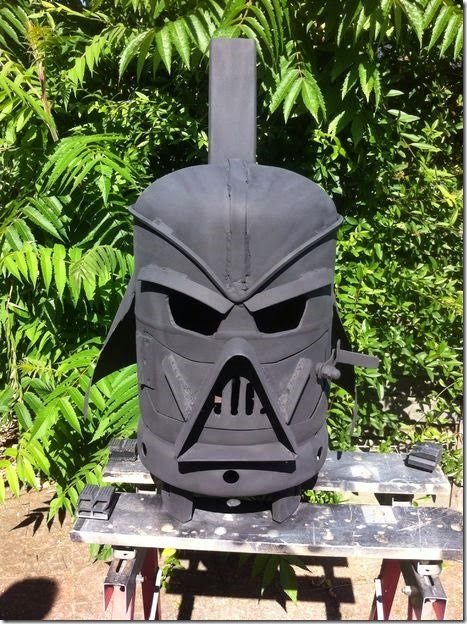 The Force is strong with this one.

Need to get away from the influence of the Dark Side? Blogsdo built a Star Wars X-34 Landspeeder from a pedal powered kid’s car for this children. 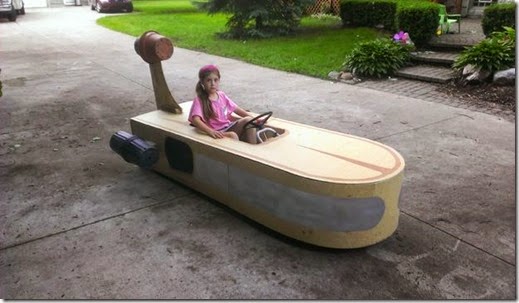 
Safety first! Always wear a R2D2 Bike Helmet by Jen from Clever Girl helmet while you fly a landspeeder across Tattoonie. 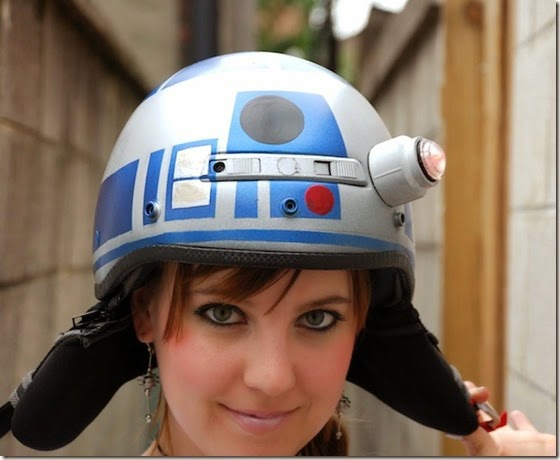 The helmet also works when riding a Earth bound bicycle or say they say.

If you are a true Star Wars fan, you can’t leave your puppy out of the fun. The Hoth Ice Cave Dog Bed by Tom Spina Designs goes perfectly with Chubbs the Wampug’s Wampa Halloween costume! 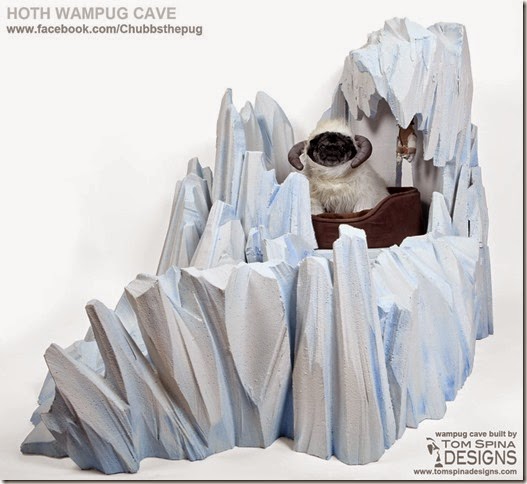 If you look closely you will see Luke Skywalker hanging upside down in the Wapma’s ice cave bed.
.
This Star Wars character shower tile mosaic by Trendhunter is a true testament to fandom. 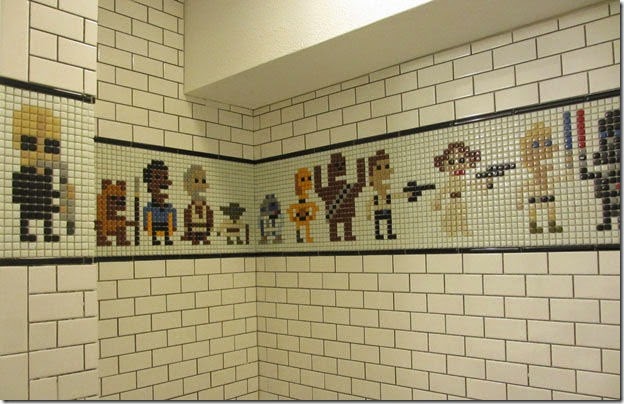 Check out the Cantina Band member on the left side of the bathroom.

If you’re going to tile your shower with Star Wars characters you should probably go all out and buy Han and Leia His and Her Bath Towels to go with the rest of the room. 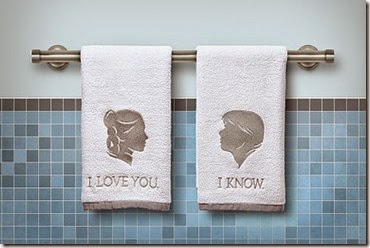 I wish these were around when I had to buy a wedding present for friends who had Luke and Han action figures on top of their wedding cake.

Not a fan of Wampa’s? I don’t think Luke is either. I bet he has a Wampa Rug in his living room made from the guy who tried to make Luke his dinner on Hoth. 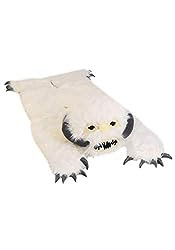 No real Wampas were harmed in the making of this rug.

Of course you should probably a coffee table on that Wampa rug in the living room. Mike Shouts Han Solo in Carbonate Coffee Table will do just fine. 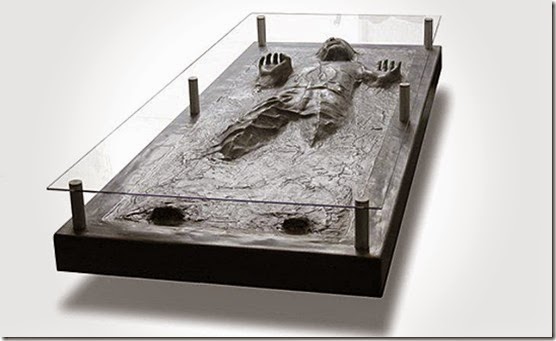 This is pretty incredible.

And you can style the Han coffee table with a DIY Dagobah Terrarium by Star Wars Dagobah. 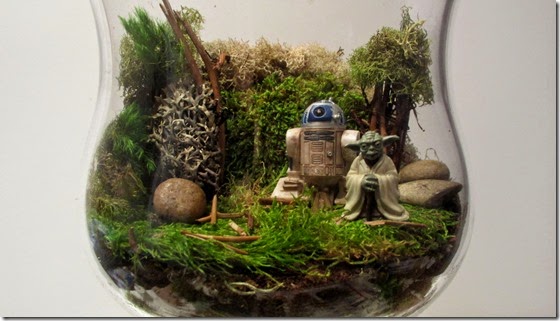 Judge me by my size, do you?

These next DIY projects are probably just as fun for the parents to make as for the kids to use.
X wing fighter bed by DarthDaddy42 The S folds move into the X position, it has a cockpit with a led dashboard and DVD player. 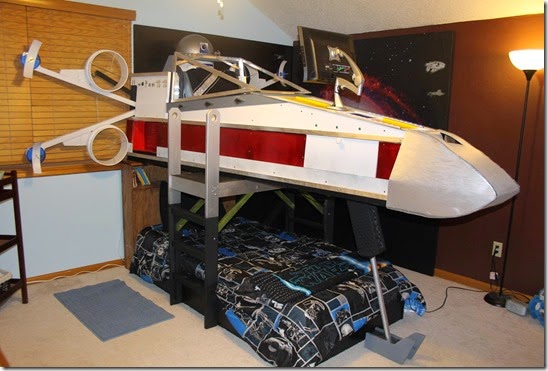 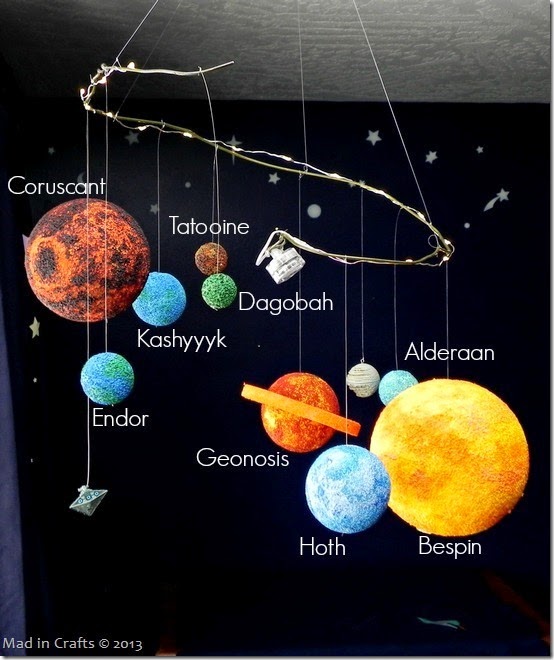 If your kid is a bit more grounded, they can pretend to stomp around Hoth in an At At loft bed built by The Dutilly Family. 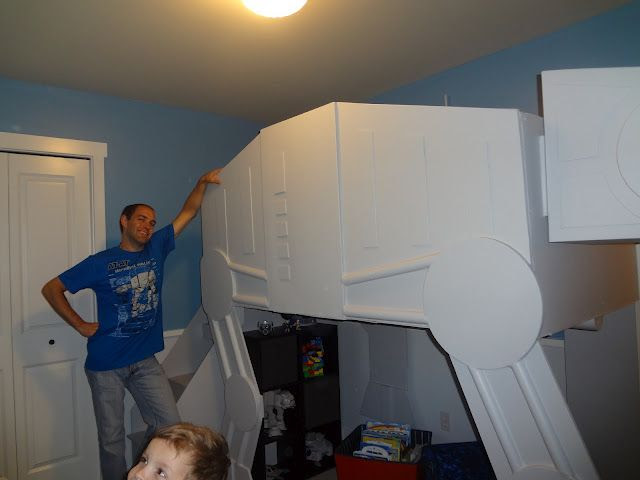 The bed has built in toy storage in the stairs leading up to the loft bed.


Every AT AT pilot needs a helmet! Do your kids need an incentive to drink their milk? Promise to use the empties to make a Stormtrooper helmet out of milk jugs by Trendhunter. 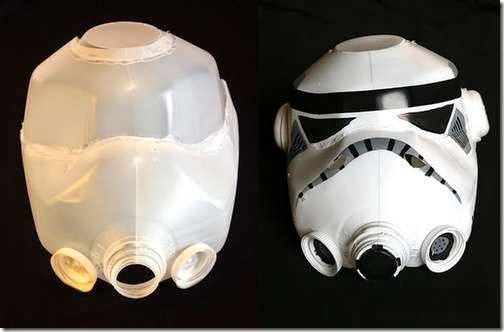 We do other things besides look for driods but that’s all everyone ever remembers.


Did you watch Star Wars as a kid? Are you looking forward to the new Star Wars movie coming our in December? We are!