How to Fix a Running Toilet: Replace the Float

Water in the guest bathroom toilet kept running after every flush. I removed the lid to the toilet tank to investigate. 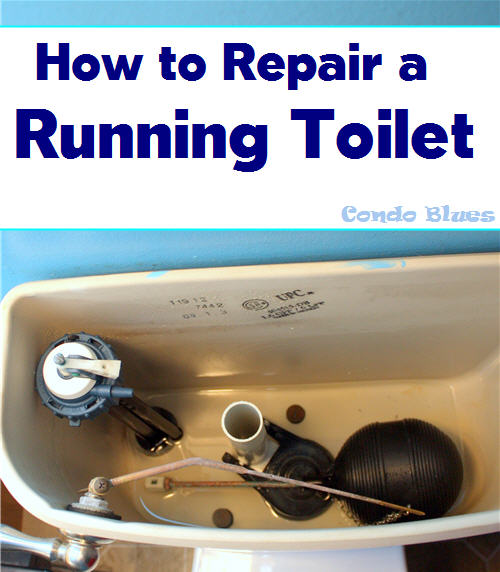 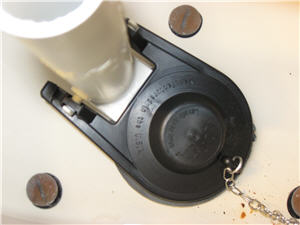 The flapper!
It turns out the only thing I haven’t replaced on this toilet, the float arm (it looks like a ball on a stick) had broken off the flushing mechanism.   Yep, that will make a toilet run! 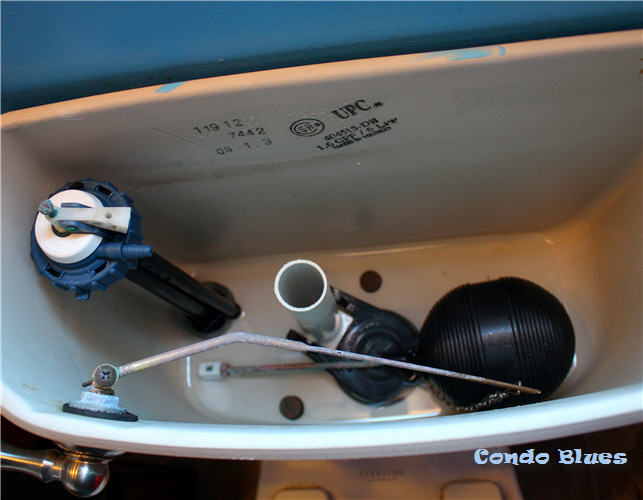 
In order to repair the float arm I have to replace – I am not kidding or making this name up – the ballcock to keep the toilet from running.*Smirk*

Because sometimes I am 12.

How to Replace and Adjust a Toilet Ballcock


1. Turn the water off to the toilet.

2. Flush the toilet until the tank is empty.


3. Unscrew the water supply line from the bottom of the toilet tank. 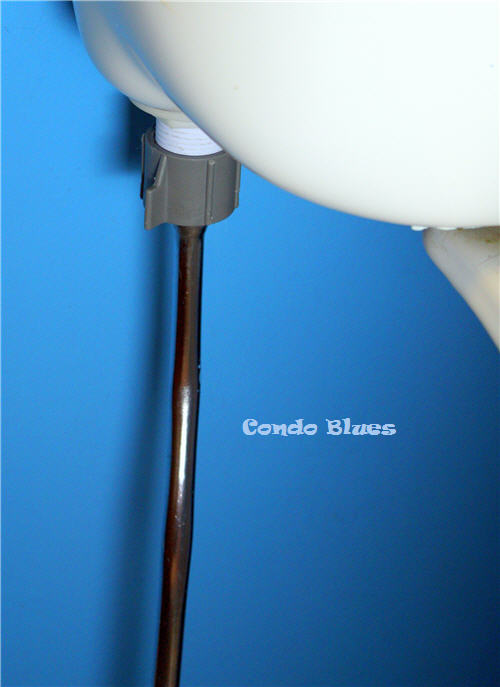 Tip: Have a bucket and some towel ready to catch any water that may not have flushed completely out of the toilet tank.

4. Remove the ballcock and toilet float from the tank. 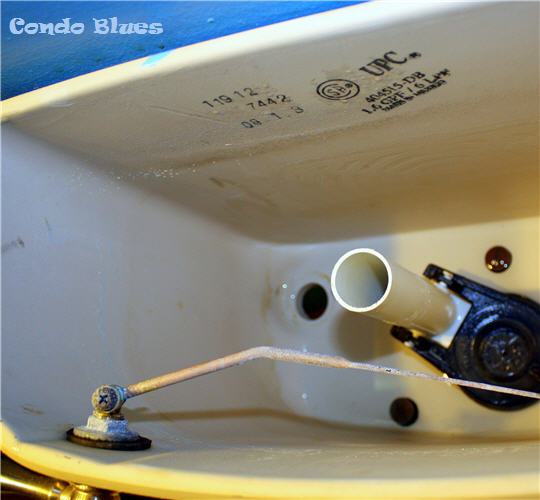 Take the entire assembly with you to the store so you buy the exact same thing. The last time I made a plumbing repair I did not do that, bought the wrong thing and flooded the house. 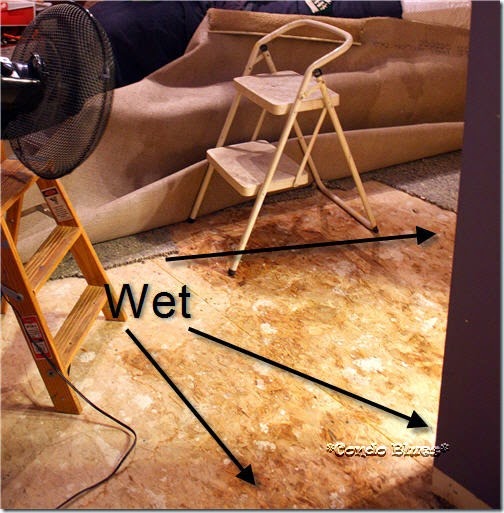 Don’t be me. Don’t flood your house. Flooding your house sucks and will make you sing the blues.

5. Install the new ballcock according to the directions on the package. This might feel like I’m cheating by writing this step in my tutorial. There are typically two types of toilet ballcocks as you can see in the photo below of the toilets in my house. 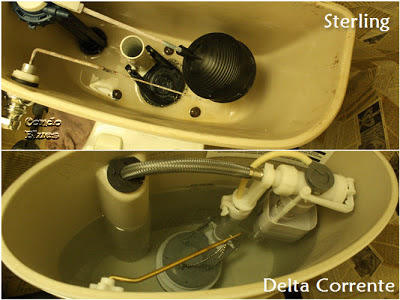 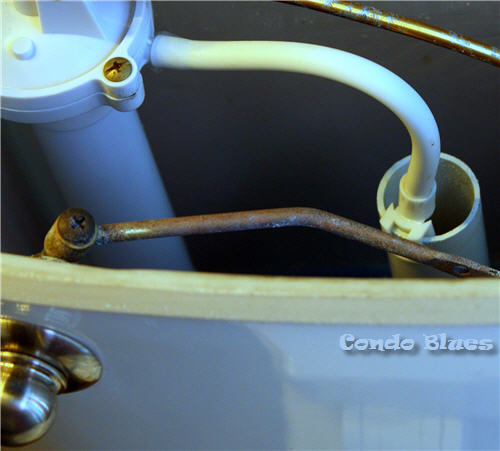 I needed to cut the fill tube to a shorter size otherwise the end of the refill tube would drop below the the water level in the overflow tube.


7. Screw the float arm (also called a float rod) and then into the arm of the ballcock.

8. Screw the ball float onto the opposite end the float arm. 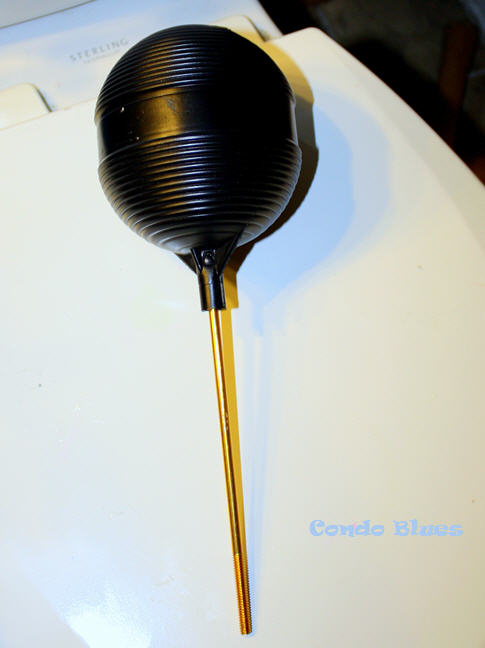 10. In reality, you’ll need to tinker and adjust the two control screws on the top of the ballcock to control the water refill level and speed. This was fairly tedious. It took a bit of time to get the control screws set so the water in the toilet tank didn’t under fill or overfill. 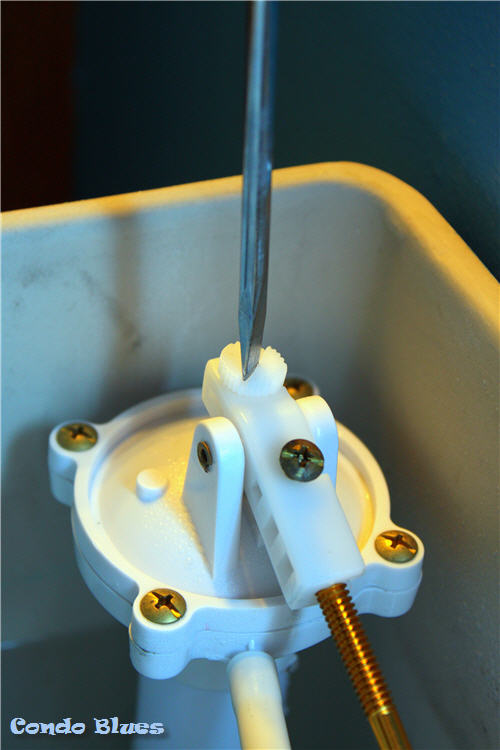 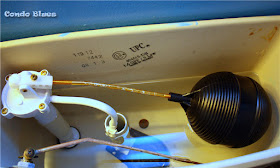 A big thanks to my friend Marc who suggested I just bend the float arm and be done with it. It worked!