Project Me: Pick a Personal Word of the Year

It is my way to keep New Year’s resolutions that works.

The same can be said for choosing a personal word for the New Year. I thought about doing it last year when I saw all of the other cool blogger kids were doing it as a way to keep or instead of making a New Year’s Resolution but couldn’t come up with a word with meaning. The only word I came up with at the time was vague and too general. I knew I’d forget about it soon after January so I didn’t do it.

This year, I picked a personal word of the year a few weeks after New Year’s by happy accident. 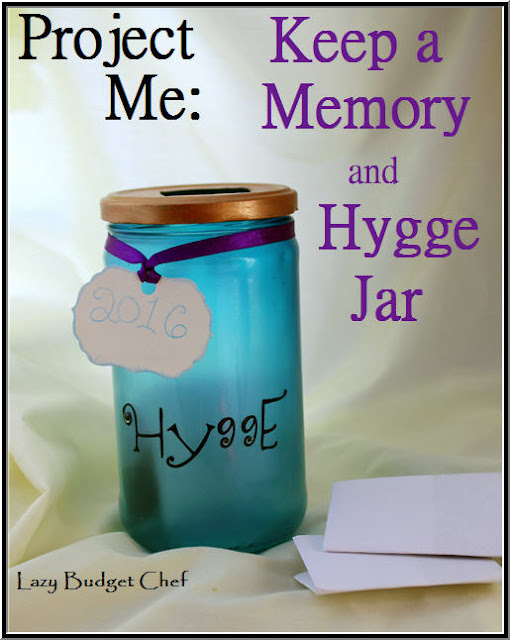 Learn how to make my New Year’s Memory Jar from a recycled salsa jar on Lazy Budget Chef here!


My Personal Word for 2016 is the Danish word Hygge (pronounced hoo-ga.)

It is a cultural concept that many believe is the reason why Denmark rates as one of the happiest countries in the world. You can read more about what hygge is and how I plan to use it as my personal mantra for the year in this post on my food blog Lazy Budget Chef:

Project Me: Keep a Memory and Hygge Jar

Do you pick a Word of the Year? How did you choose it?

Did you enjoy this post? Get more like it by subscribing to the Condo Blues RSS Feed or to Condo Blues by Email
Lisa Nelsen-Woods at 1/10/2016 09:14:00 AM
Share