How to Make an Iron Throne from a Lawn Chair

Everyone and I mean EVERYONE wants to sit upon the Iron Throne.

If you watch Game of Thrones you know exactly what I'm talking about. If you don't I'll give you a quick rundown:


Most Game of Thrones fans do.


But a spare $30,000 a pop for a licensed replica of The Most Uncomfortable Chair in the Universe is  hard to come by.  If you want an Iron Throne without all of bloodshed, you need to be creative like flaming_pele.  He made a Game of Throns Iron Throne from an Anarondack lawn chair! 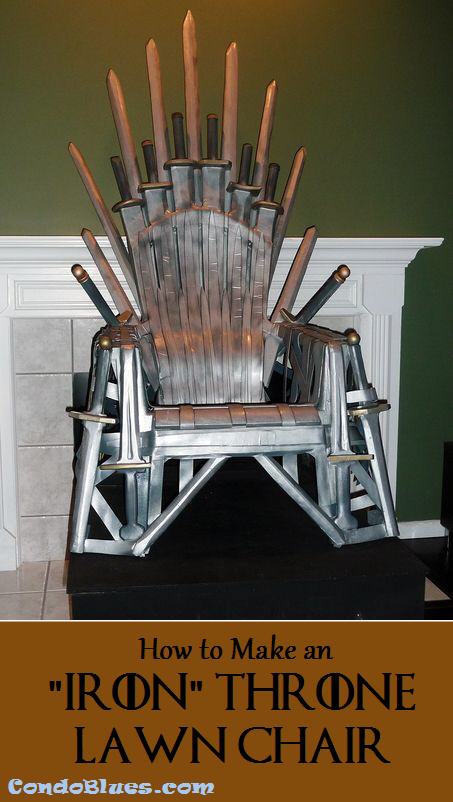 Pin this idea for later!


I totally want to make a set of Iron Thrones for my front porch!

Check out flaming_pele! step by step tutorial on Indestructibles:


Make Your Own "Iron" Throne