I finished the last of my birthday mango green tea (thanks sis!) just in time to recycle the tea container into a cute little penguin gift box. 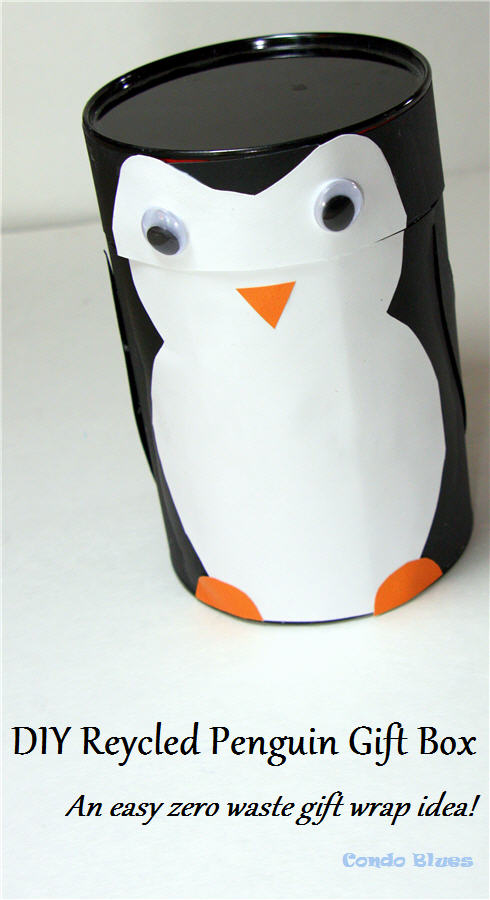 Pin this idea for later! Share it with your friends!

If you don’t have a round tea container, you can use any round container you have like an oatmeal, snack container, or what have you.

Optional: Scrap paper and round objects to trace to make a pattern

Disclosure: I included affiliate links in this post for your convenience.

Step by Step How to Make it: 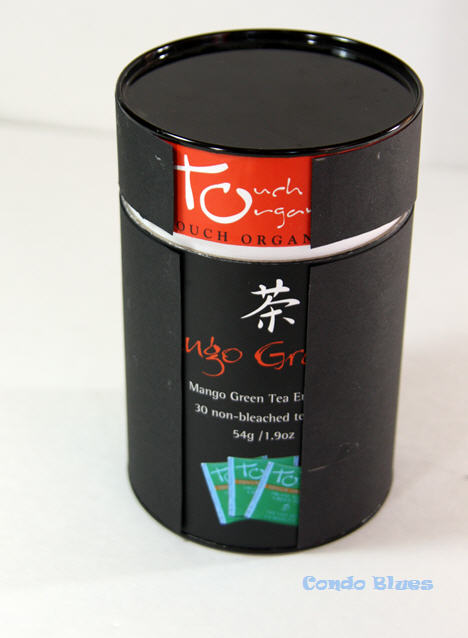 If your craft paper isn't big enough to cover the entire container liek mine, don't worry. We'll take care of the in Step 4.


2. Optional: Trace several round objects on a piece of scrap paper to sketch out the penguin's white eyes and tummy. Cut the pattern out with the scissors.

3. Use the pencil to either trace the pattern you made in Step 2 or to freehand the the penguin's white eyes and tummy and use the scissors to cut the paper to shape.

4. Use the Mod Podge and paintbrush to glue the penguin’s eyes and tummy to the front of the lid and container. 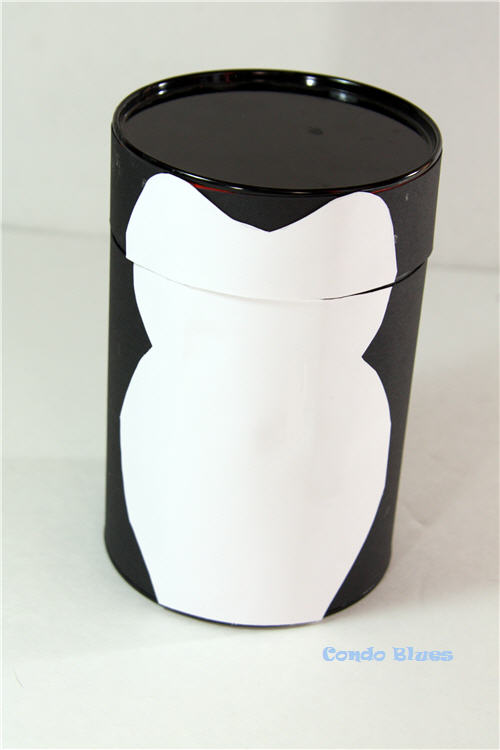 5. Attach the wiggle eyes to the lid.

7. Use the scissors to cut two oblong wing shapes from the black craft paper. Use the Mod Podge and brush to attach them to the sides of the penguin. Allow the glue to dry completely.

8. Rip off the penguin's head, fill it with a gift, replace it, and give with wild abandon!