How to Make an All Weather Elizabethan Jiffy Pop Hat

I need a new jester hat for my renaissance festival character that will still hold its shape when it gets wet in the rain or snow. In the past I have used the traditional buckram (learn what buckram is here) which unfortunately can quickly lose its shape and not really recover it when it gets wet in a thunderstorm. (Disclosure: I am including affiliate links in this post for your convenience.)

I’d like to make something a little different than the traditional jester asses ears I’ve worn in the past. (Asses ears are the name of the jester’s hat with the points and bells on the end.) Since Elizabethan jesters and fools often made fun of their betters and sometimes wore parodies of the style of the nobility to mock them, I decided to make a HUGE British bonnet as an homage to my jester mentor who wore a GIANT flat cap.

But most importantly, I want a hat with a brim to keep the sun out of my eyes. 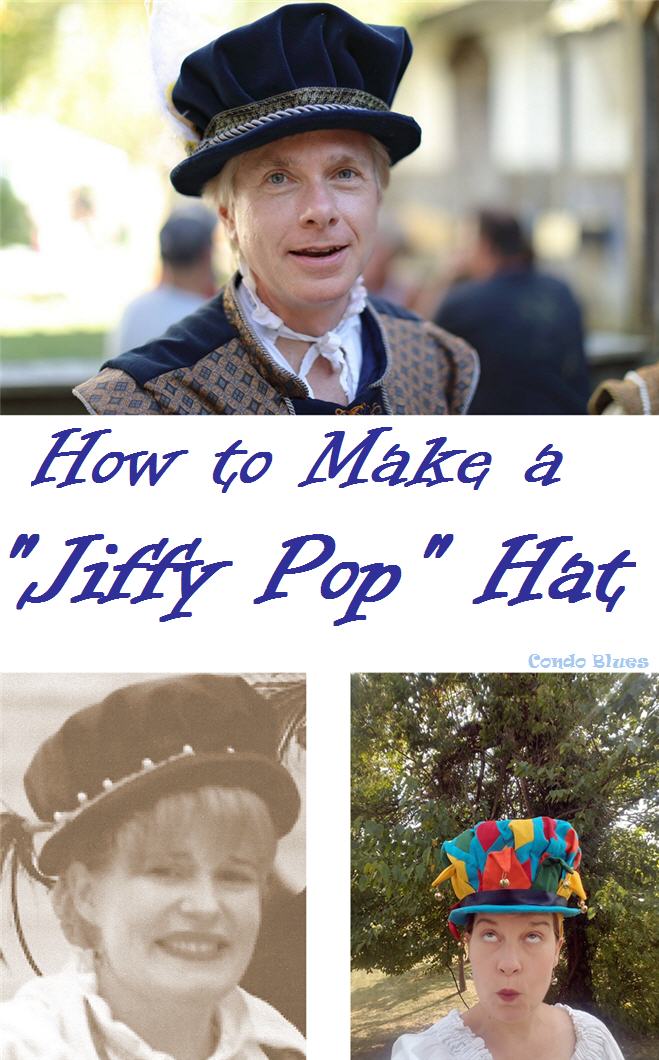 Save this Halloween costume hat tutorial to your Pinterest boards for later! Share it with your friends!

Elizabethan men and women wore this style of hat. The poofy hat in the sepia photo is made with buckram. The hats in the color photos are made with plastic canvas. As you can see you can't tell from looking what the hat form is made from. the only difference is the plastic canvas is weatherproof and also stands up any and all abuse an actor may put it through.

How to Make a Hat with Plastic Canvas Instead of Buckram


I am making my hat rain resistant by replacing the traditional buckram hat base with making a hat base with plastic canvas (it looks like this.) The Elizabethan poufy hat pattern I used is out of print. If you want to make one I suggest you use this this Italian bonnet pattern and cut the brim narrower. 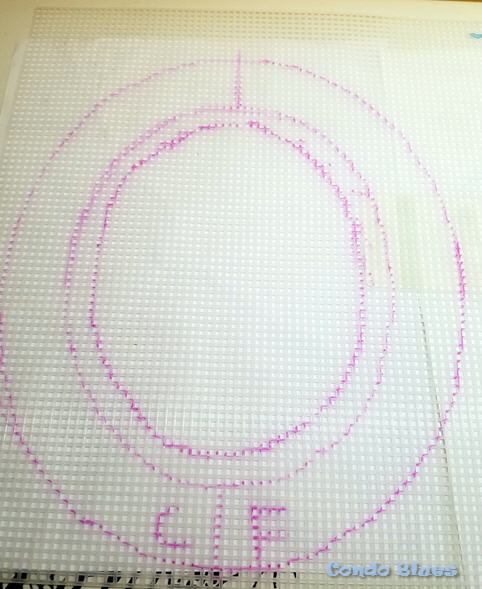 CF stands for the Center Front of the hat brim.

For the most part, replacing buckram in millenary with plastic canvas doesn’t take any extra skills or techniques.

You will still need to wire the edges of the hat brim so you can shape it when you are wearing your hat. There is some debate on whether you need to use millenary wire (it looks like this) on the top of a plastic canvas crown. I do because I want to the hat to hold its shape or at least be easy to put back into shape if it accidentally gets tossed around when performing or traveling to a performance. 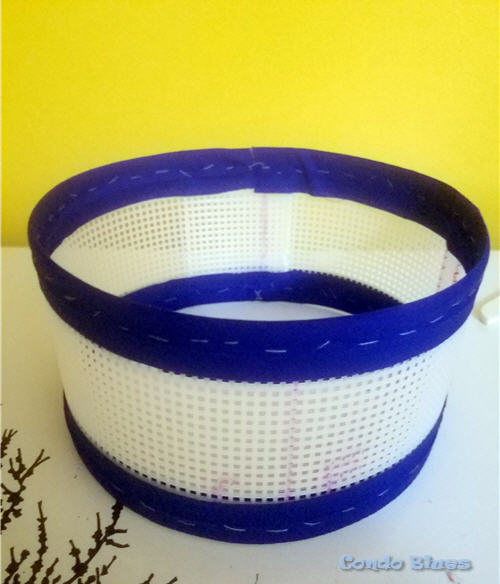 This is what the crown of the hat looks like with millenary wire sewn to the top and bottom of the crown and covered with seam binding.

You also want to make sure you pad the plastic canvas with flannel per the pattern instructions otherwise the open plastic canvas mesh may show through the fabric covering the hat. 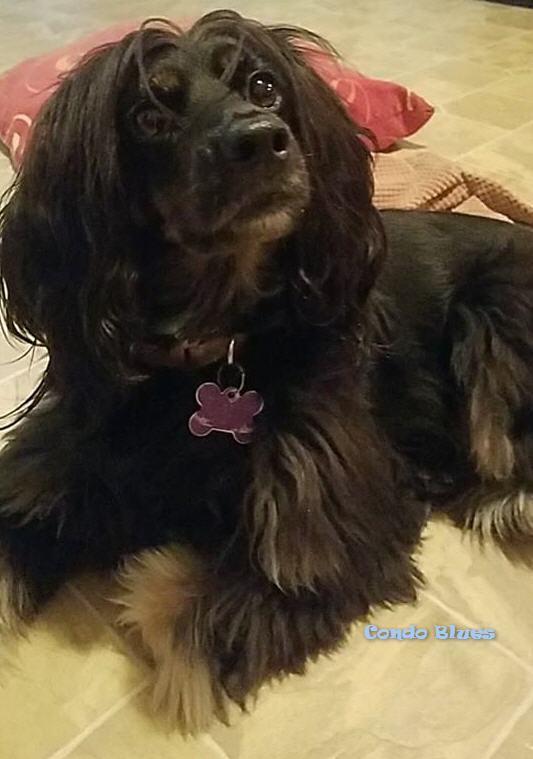 Lisa’s “tender words” were really screaming, crying, and cursing the plastic canvas for breaking her sewing machine needles. Don’t be Lisa. Save yourself a lot of trouble and hand sew those parts of the hat with a curved sewing needle like this one. Don't worry if you are out of practice hand sewing, it won’t show when the hat is finished.

After I finished the plastic canvas hat base, I followed the pattern to cover the hat and make the lining. 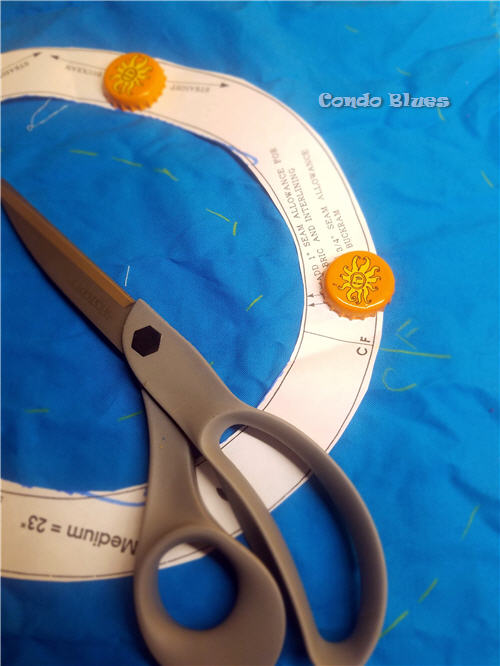 I was today year's old when I realized I could use my magnetic pattern weights to keep fabric from moving on the enamel table in my workroom.

The only tiny variation I made was to not fit and cut the fabric crown to the size of my hat like the noblewoman’s hat but to pleat and sew it on the hat as is to make it giant jester size! 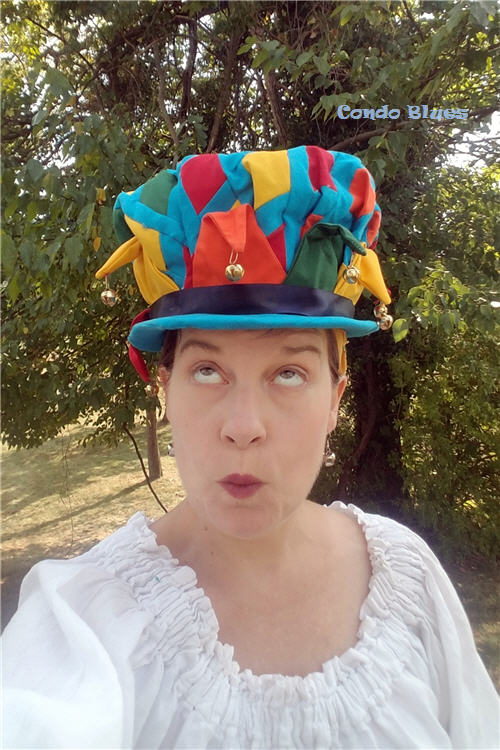 The perfect jester hat for fooling around!

If you'd rather buy than DIY, check out the following costume hat options - and more! - below!

Cute! Thank you for sharing at The Really Crafty Link Party. Pinned.

This is so cute! I love it! Thanks so much for sharing your instruction on Farm Fresh Tuesdays!