20 New Sewing Tips, Tricks, and Hacks for Beginners to Professionals!

The first thing I ever sewed was a pair of potholders for my Kindergarten teacher’s Christmas gift and I’ve been sewing in one way or another ever since. I’ve picked up a lot of tips and tricks along the way through formal classes, fellow sewists, and the good ol’ trial and error (and error and error) and I’m pretty good at it. Or at least good enough that other people pay me to sew things for them from time to time.

Lately I’ve been fielding questions from folks who are breaking out their old sewing machines after a long hiatus – a quarantine will do that, you know. I’ve also been brushing up on new sewing hacks from fellow sewing and costuming friends as we dive into sewing cloth face masks for our family and friends. I figure it is my turn to share what I know to help you make your sewing projects go a little easier, a little quicker, or allow you to make that one little unexpected tweak that takes your sewing project from OK to Wow! 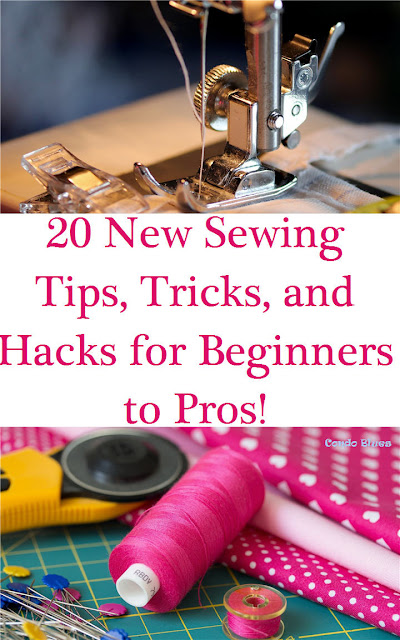 20 Sewing Hacks That Will Make Your Life Easier!

1. If your sewing machine is starting to sew with loose top or bottom stitches or the bobbin is leaving a birds nest of thread on the bottom of your project (they call this nesting,) the first thing you should do is completely unthread and rethread the thread spool and bobbin. Sometimes while sewing the machine will jostle the thread out of place. If that doesn’t solve the problem, change the needle. Sometimes something as small as a mirco curve in the needle (from say, sewing over pins) that you can see with the naked eye will cause a world of trouble when you are sewing that is easily fixed with a new needle.

3. To make sewing a group of the same pattern/project easier, batch sew each part of the project assembly line - according to piece and thread color. For example, when I sew pajama pants as Christmas gifts I use different fabric for each person’s project. I cut the pattern pieces out for all of the projects and safety pin them together with the persons’ name and sort them into piles in my sewing room according to the color of thread that will coordinate/match each project. I thread my sewing machine, let’s say with red thread, and sew the first seam of each pair of pants in the pile of fabric that will use red thread. Then I sew the Step 2 of the pattern for all of the pairs, etc. This way, it takes roughly two evenings to sew a group of pajama pants (one to batch cut and one to sew) instead of up to three  or more evenings to cut and sew one pair of pants at a time. I’m doing the same thing when making cloth face masks.

4. You can make the job of making bias tape a lot less painful by using a bias tape maker. After cutting your fabric to the desired width of your bias tape, you feed it into the bias tape maker (which can be a little tricky which is why I recommend buying a bias tape maker kit like this one that includes an awl to help you move the fabric through the bias tape maker) and the bias tape tool folds it as you move it along the fabric strip with one hand and press the folds into place with an iron in your other hand. This miracle tool has been a blessing when making fabric ties for cloth face masks! (Disclosure: I am including affiliate links in this post for your convenience.)

This is what a bias tape maker looks like.

You can buy them separately or in sets like this one.

5. Use a sewing gage to turn under even seams. You can find several styles of sewing gages here  (or if you want to know what it looks like.) I used my metal sewing gage so often I wore the paint off of it.

6. To help you keep from loosing your sewing gage in the flotsam and jetsam of your sewing area (which is a much more polite way to say the hurricane of supplies covering more space than you though possible) consider wearing one on your wrist like this exact ruler bracelet I have here .  My bestie and fellow costumer gave me this bracelet for my birthday and she was right I’d be lost without it in my sewing room! To be honest, I wear it all of the time as a regular bracelet because I like it (as she predicted.)

7. Keep all of your pins in one place with a magnetic pin cushion. I have several pincushions but the one I use most often is the magnetic one because it holds the most straight pins. My first magnetic pin cushion was a Grabbit magnetic pin cushion (it looks like this) and it still spilled pins all over the floor when I knocked it off my sewing table by accident – which is what I wanted to avoid in the first place. It happened so often my mechanic’s magnet (it looks like this and it is fantastic at finding and sweeping up spilled pins and needles hidden in carpeting and rugs)  started living in my sewing desk instead of my garage workbench.  I finally switched to using a small magnetic mechanic’s parts tray like this one  as a no spill pin  cushion (thanks to working an antique metal table) as a pin cushion and wondered by I hadn’t done it sooner.


8. You can save money on sewing thread by buying the all purpose thread colors you use most often (for me that is neutral color thread like black and white) in bulk by the serger cone.  Some sewing machines have adapters or adapters you can buy that will allow you to put a large serger cone of thread on a standard sewing machine. My sewing machines are too fickle for that so I wind the the thread onto a bobbin or empty small spool of thread.

9. To keep from completely unthreading your sewing machine in the middle of a project just to wind a new bobbin consider using a portable bobbin winder (you can find several types of portable bobbin winders here.)  My Sidewinder was a complete game changer in my sewing room, especially when I have to wind my serger cone thread onto a new spool or bobbin. Love. Love. Love it! 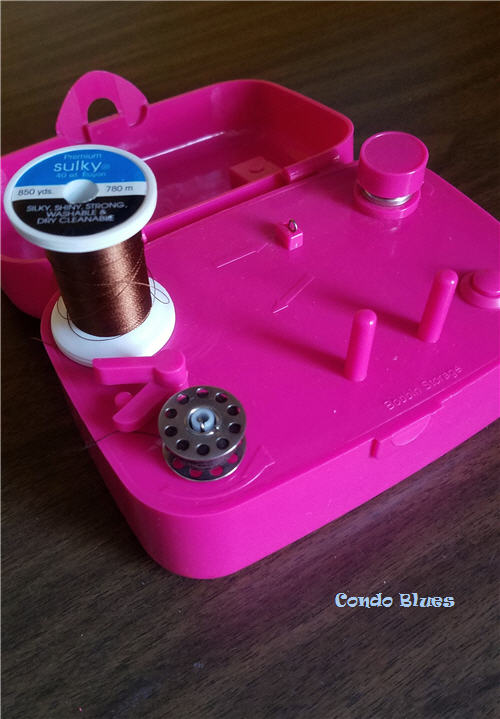 Also, it is hot pink!

11. Use the marks on the sewing machine needle plate as a guide to sew even seams of an even width. Some people put tape on them as guide but you really don’t have to since they are already there. 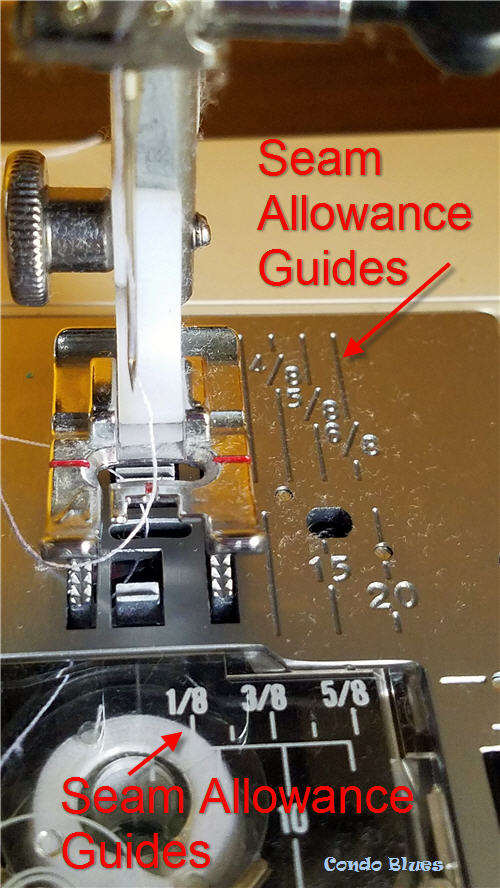 I should also add the tip to periodically brush the lint from your sewing machine during a project. Oops! So messy!

12. If you sew a lot of thick layers or fabrics and have problems pinning them together consider replacing your straight pins with Multipurpose Sewing Clips like these.

I tried using small wood clothes pins I already had but they didn’t work well because they aren’t narrow at the part that clips to the fabric and didn't fit close to my sewing machine presser foot. I had to remove the clothes pin too early and it was more of a problem than it solved. In other words, I'm buying clips.


13. Wear your scissors on a lanyard so you don’t lose them. The neck scissors idea is from my costumer bestie which I think is genius! Even better she gifted me my very own pair of Neck Scissors which at the time matched my purple hair. 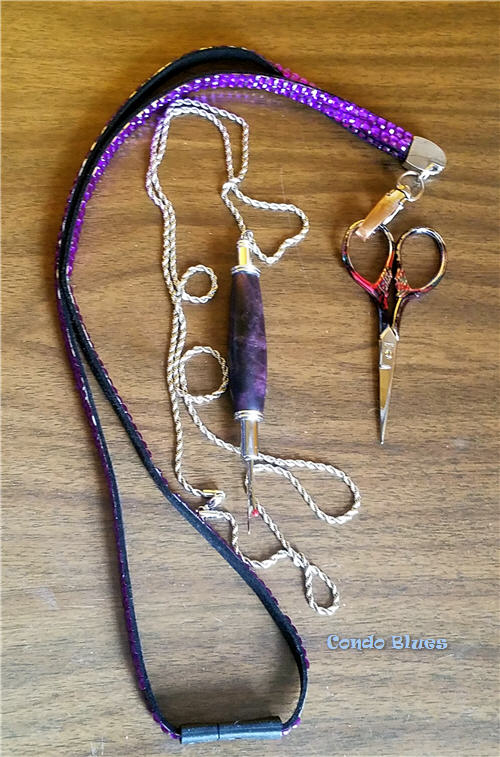 Basically if I don't have my sewing tools attached to my body I will lose them under fabric in my sewing room.

14. Wear your seam ripper on a lanyard so you don’t misplace it in your sewing room. Shortly after I got my Neck Scissors, I found a local craftsman who makes hand turned wood Neck Seam Rippers (magnets allow me to remove it to use it and flip the point inside the handle so it won’t stab me when I’m wearing it.)  I bought mine, left the shop, and immediately turned back around to buy one for my costumer bestie. So. so. helpful. You can find metal similar  seam ripper necklaces, including handmade like mine, and turning kits here.


15. To make sure your corner seams are square when you turn them right side out, clip the seam diagonally across the corner instead of at the corner. 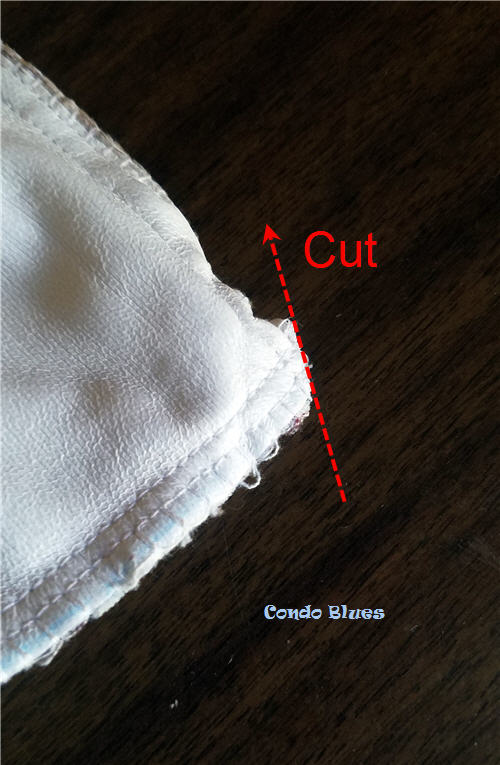 When you turn the clipped corner right side out it will have a nice point instead of fabric bunched in the corners.

16. In a quick pinch, you can use colored pencils as a tailor’s pencil (it will wash out in the washing machine.) You can also use sidewalk or blackboard chalk which brushes out more easily if you’re short on tailor’s chalk. 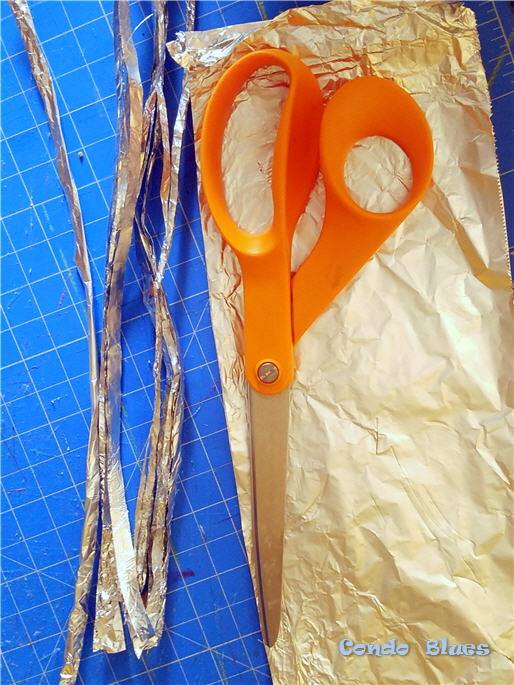 
18. Wrap a dollar store hair band around bobbins and thread spools to keep them from unwinding while in storage. 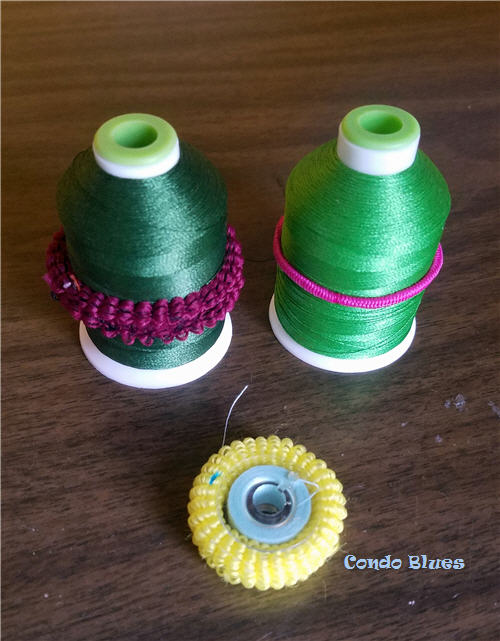 I think the fuzzy hair bands are easier to put on and take off the spools and bobbins than the elastic kind.

19. While working on a sewing project periodically run a lint roller over your fabric to clean stray thread from your project, floor, and work area. Why is it that no matter how well I think I remove stray threads from a seam after using a seam ripper there are always a bunch left? That’s when I started using a lint roller.


20. For more professional and crisp seams in your finish project, press your seams open with an iron as you are sewing the project. It doesn't have to be a fancy set up. Instead of dragging the big ironing board upstairs to my small sewing room, I press my seams open on an old folded towel on a metal table with a low iron. Works great.

Looking for more creative sewing tools and ideas? check out the following options – and more! – below!

I love a good hack#alittlebitofeverything@_karendennis

Wow that's a lot of sewing tips! I will pass some of them on (not my forte) although I'm going to use the scissor hack! Thanks for sharing at Fiesta Friday.

Oops... I got so carried away thinking how many scissors I could sharpen I may have forgotten to say thanks for sharing at Fiesta Friday?!

Not only are these brilliant, they're so timely! I'd been McGyvering my machine the past few weeks and it finally said "no more" so I have a new one on the way. These will help me make sure and take great care of it right off the bat as well as learn so more things as I do more sewing. Featuring when my link party opens up tonight! Thanks much :)

As just starting out with this sewing fun these are very helpful, thank you

I don't sew, but I want to learn. This is a great list that I'll have to pin for later. Thanks for sharing on Crafty Creators.
XOXO,
Niki ~ Life as a LEO Wife