How to Permanently Kill Weeds in a Sidewalk or Driveway the Easy Way!

I have an annoying group of weeds that grow in the space between my garage door and driveway. I don’t want to use commercial weed killer because I don’t want use that kind of stuff around my dog and we also have a bunch of neighborhood kids that use our driveways as turnarounds spots for their bikes, scooters, and such. I try to garden as organically as I can.

Also, commercial weed killer containers are so big I doubt I’d use it all.

I tried all of the normal natural weed killers that people with green thumbs swear work: 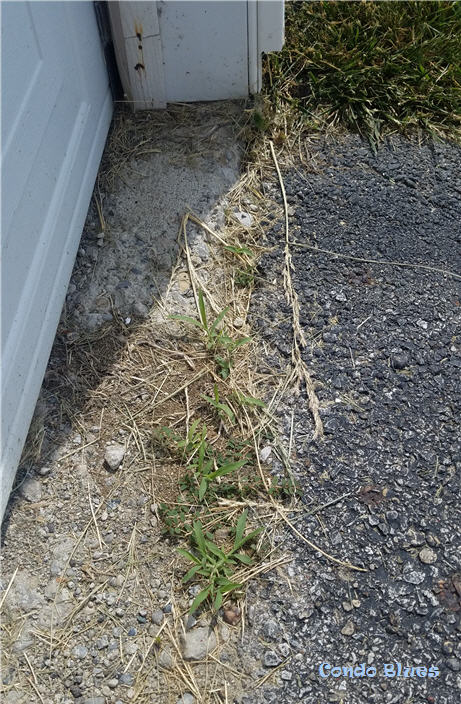 I’m pretty sure that the weeds just laughed at me by this point. Ha! Ha! Ha! We are mighty! We are indestructible! WE ARE WEEDS!!!!!

How to Kill Weeds Naturally with Rock Salt

In a last ditch effort, I took my cue from ancient Rome and salted the Earth of my enemies (or weeds, if you will.) It was quick. It was easy. It was natural - and it worked! 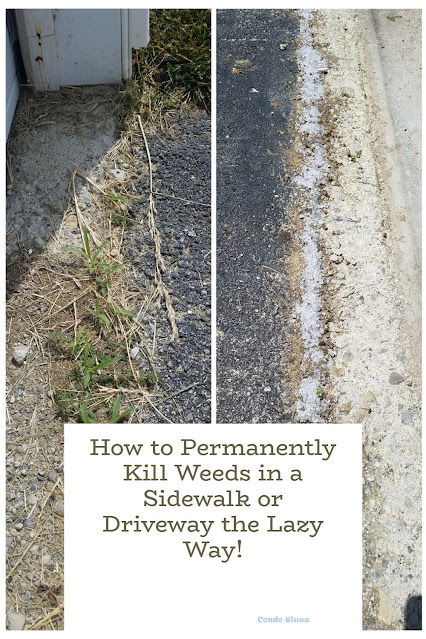 Save this DIY weed killer hack to your Pinterest boards for later! Share it with your friends!

Before Roman armies left an area they conquered, they wanted to make sure it would be pointless for their enemies to retake the land. The Romans ruined it by burning anything they couldn’t take with them and covered the farmland in salt so nothing would grow there ever again beforee they went on to the next stop in their big Roman Army: We Will Invade You World Tour.

To use salt as weed killer, pour salt on the weeds/area/sidewalk seam or crack. Water it to dissolve the salt and allow it to soak into the soil and attack the roots of the weeds. The weeds should start to wither and die in a few days. For stubborn weeds (especially those with tap roots) you may have to reapply salt to the area to kill the weed and make it inhospitable to any of its future weed buddies. 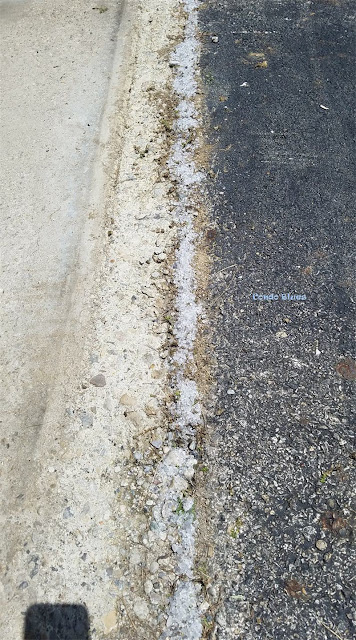 I suggest you use rock salt (you can buy it here) as weed killer over table salt. Table salt will work but you will need a lot more of it because the salt crystals are so small. (Disclosure: I am including affiliate links in this post for your convenience.)

This method works well for cracks and seams in  my driveway. I don’t use it on the weeds that grow in between the sidewalk and the brick garden borders because I’ve worked too hard and too long to turn the awful clay soil (that gave this blog its name) into something where plants actually grow. For that area, I put weed barrier cloth like this kind underneath the brick garden border next to the sidewalk. 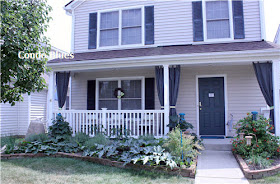 I use weed barrier because I’m paranoid that a rock salt weed killer could leach into the garden soil from the sidewalk and I’d definitely never use it IN my flowerbeds to kill weeds. I have a hard enough time trying to keep plants alive as it is!

Looking for more natural weed killer ideas? Check out the following options – and more! – below!

I will def give this a try. I've tried all other natural methods and as you said, the weeds just keep coming back! Thanks for sharing.