In our early just bought a new house and need new stuff to store our old stuff days I turned some vintage fruit crates I discovered neglected in the basement of our old rental into a down and dirty wood crate storage dresser by slapping the drawers from an old  cardboard night stand into the crates and calling it a day. The storage boxes aren’t very pretty but it worked at the time. I had every intension of upgrading to a better solution later.

You can probably guess that Later never came.

This version of my fruit crate storage dresser is not working for me any more. The supplies inside quickly turn into a jumble that I have to paw through to find the thing I need. The final straw was finding feathers turning up here, there, and everywhere in the drawers and room except in the drawer that is supposed to store them with my hat making supplies. Gah! I need an organization makeover – stat! 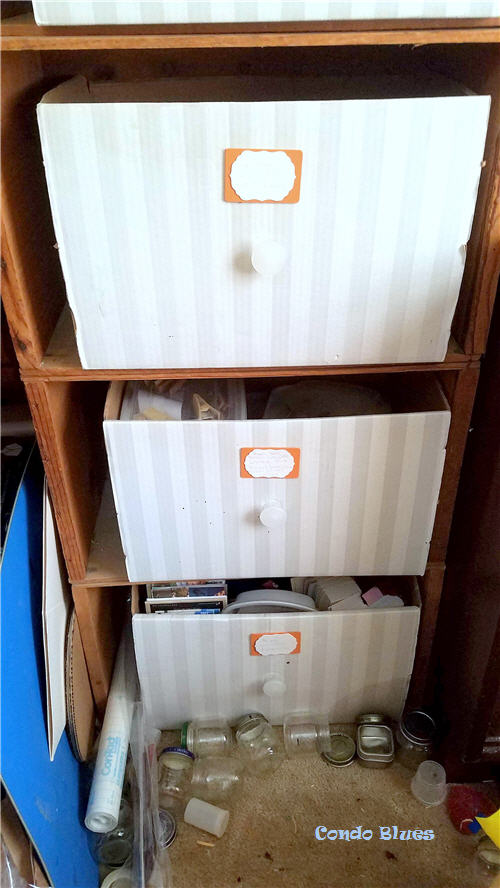 I used a hodge podge of baby food jars and such to store beads and jewelry findings that barfed out their drawers. This isn't pretty, but it is honest. An honest hot mess!

I had a hard time finding a pretty storage bin with the same dimensions as the repurposed drawers which is one of the reasons I’ve lived with the cardboard for so long. I toyed with covering the ugly but really didn’t want to put that much work into something I still wouldn’t like. Perfect being the enemy of good and all that.

While I was marinating on what workable storage container would would for me, I  I removed everything from each drawer and grouped like with like on my worktable. After some tough love craft supply decluttering, I did a test run with a gray storage cubes bought for the floating shelf fit I built – it worked! I ordered six more storage cubes similar to mine here. (Disclosure: I am including affiliate links for your convenience.) 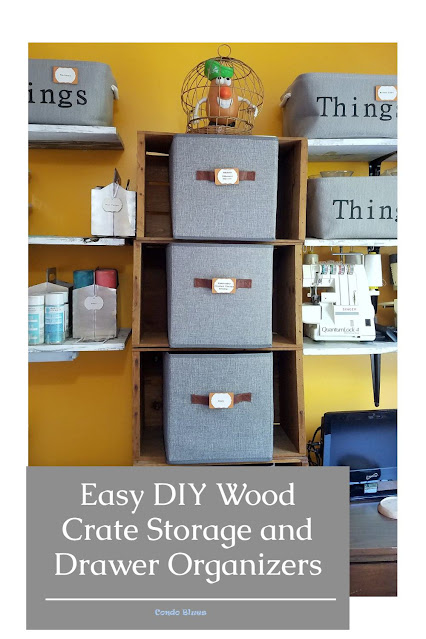 Save this clever organizer and storage idea to your Pinterest boards for later! Share it with your friends!

Now, it is time to keep the inside of the storage cubes organized! That’s when I realized that I made the content  labels on the drawers too broad. For example I had ribbon, twine, and cording in multiple labeled drawers which shuffled among the  storage bins  based on the type of project I used it for at the time. Making a everything that ties category would keep me honest about putting it back where it belongs.

Cool. But how do I organize the stuff in the drawers so it stays that way? 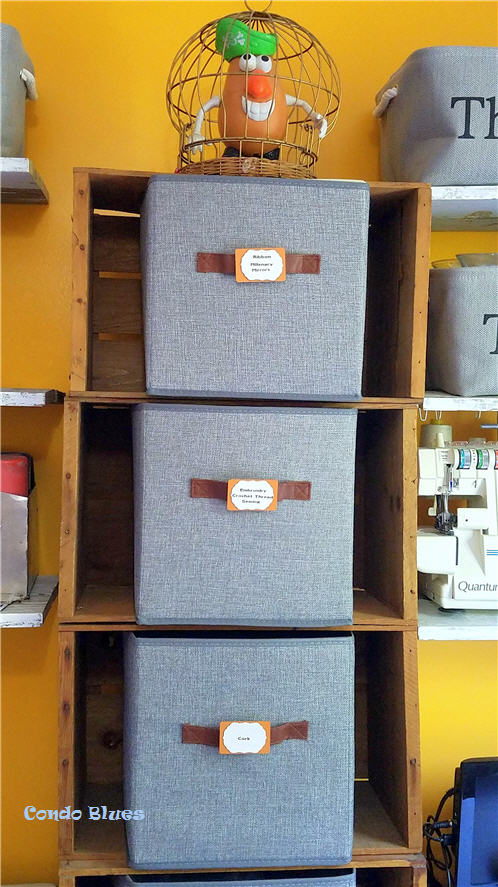 Pirate Mr. Potato Head  was bad so we put him in jail.

The answer was sitting staring me in the face – empty takeout containers I collected to ship to Teracycle for recycling. We’ve been doing regular takeout date nights to support our local restaurants since IRL visits are iffy right now. 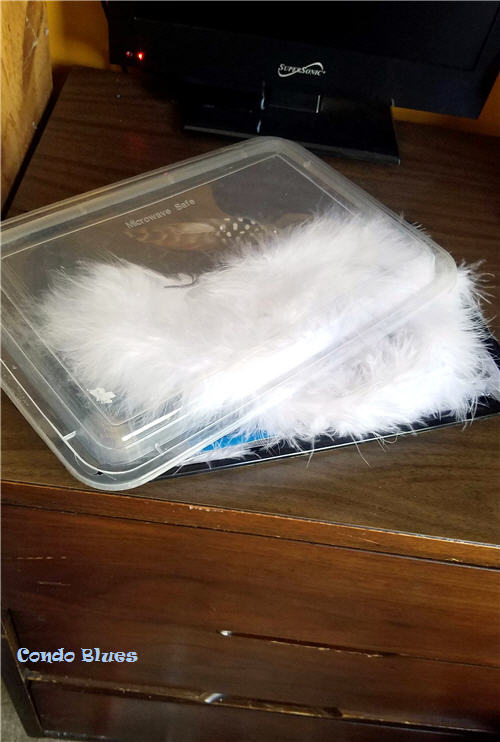 So. Many. Feathers. I used round, square, and rectangle takeout containers to organize my craft supplies. I like way the square and rectangle storage containers fit the drawers best. You can buy food prep containers like mine here.

To add another level of storage to my storage cube drawers I bought several fabric dresser drawer organizer baskets similar to these to keep items together that won’t fit into a plastic food container like spools of ribbon and jars of beads and jewelry findings. 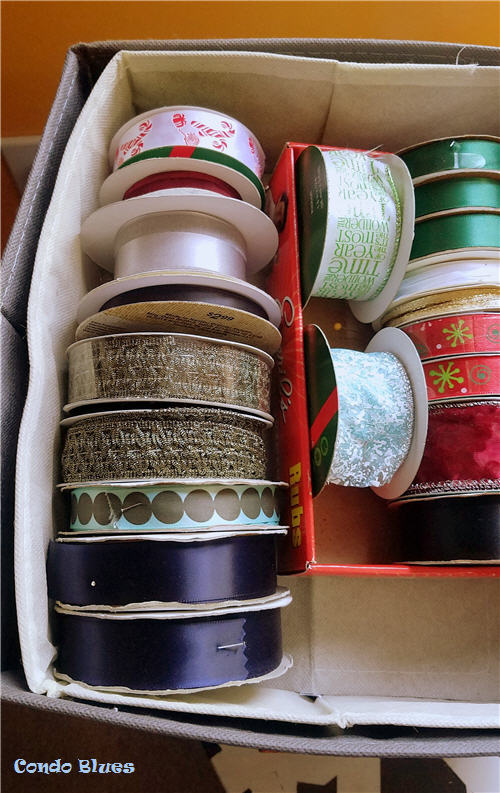 I can find everything I need when I need it and easily put it back where it belongs!

Rather buy than DIY? Check out the following storage crate organization options – and more! – below!

Fabulous and practical. My favorite combination. Featuring when my link party opens tonight!