A Christmas Story is one of my favorite Christmas movies (I skip the problematic Chinese restaurant scene) because I was a kid living in the Cleveland area where they shot some of the movie. I love looking for the dollops of 1980’s anachronisms like Ralphie’s glasses and Mom’s hair. You can watch the movie A Christmas Story here. (Disclosure: I am including affiliate links in this post for your convenience.

The house they used in the movie has an interesting history. Before and after they made A Christmas Story a regular family lived in it as a regular house and modernized it accordingly. The current owner of the house saw it for sale on eBay and bought it fully intending to turn back into its movie accurate glory.

This proved a little harder than it first seemed to be because the inside of the house didn’t look like it did in the movie. They shot the interiors on a soundstage in Toronto Canada.

The owners watched A Christmas Story a million times, slowed it down frame by frame, gutted the house,  and recreated the staircase and sets we all know and love. They also put as much care searching for replica furniture and props to furnish it and now you can tour it! 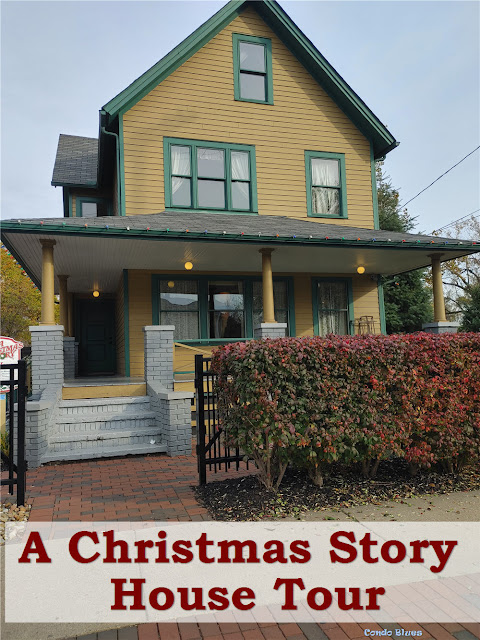 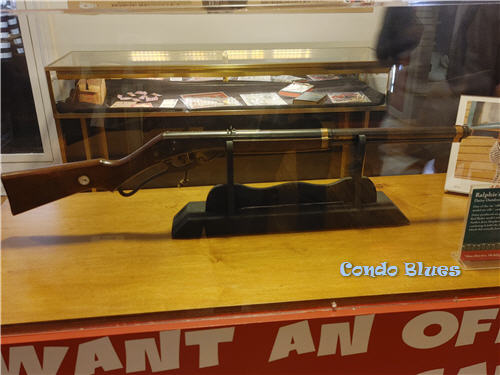 The real Red Ryder movie prop! The Daisy company made it for the movie because the author made up the idea of a BB gun with a compass in the stock. The thing that tells time is a sundial.

Most people politely milled around and just took photos next to the leg lamp, but not me! If there was a chance to recreate a scene from A Christmas Story I took it! 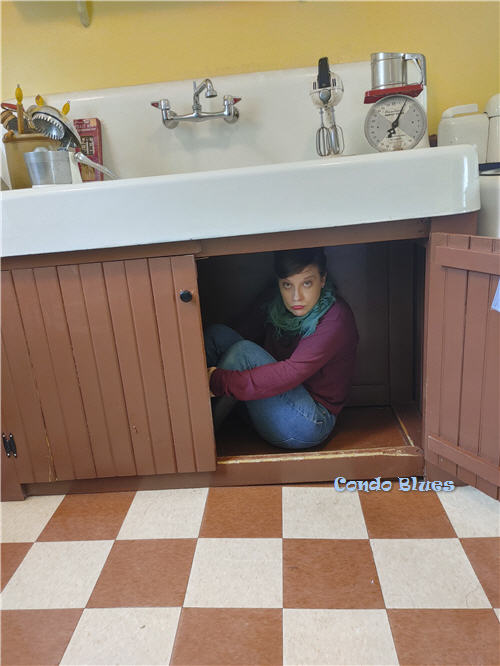 Randy’s hiding spot under the sink when he cries “Dad’s gonna kill Ralphie!” (for saying a very bad word.) 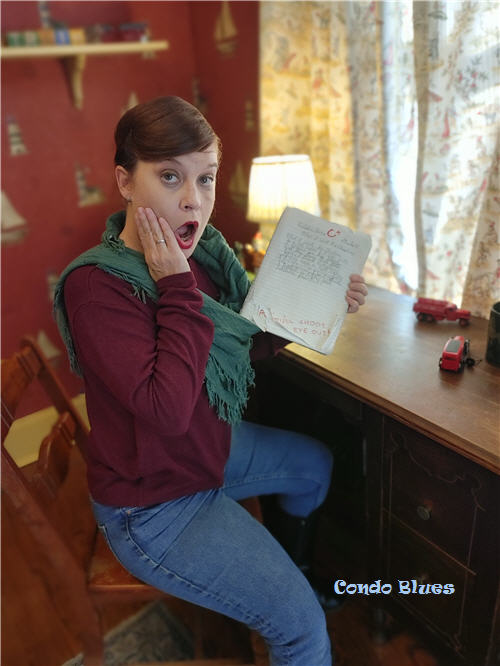 The infamous major award in its crate greets you at the door. In the book, Old Man wins it in a contest sponsored by Nehi. 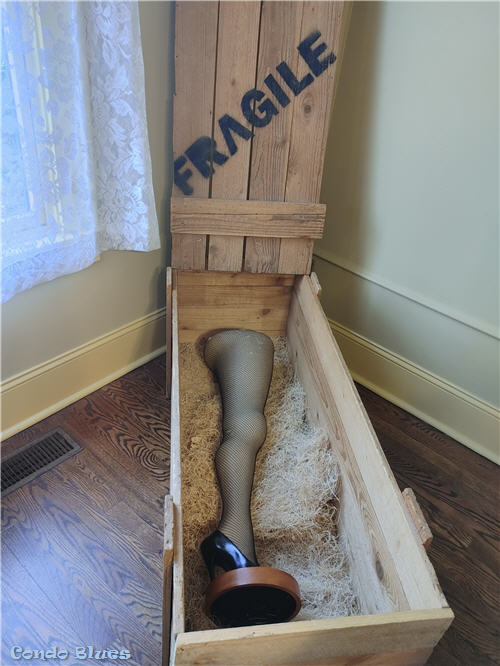 The lamp is supposed to look like a women’s leg like it appeared in Nehi’s ads (to clue people in how to pronounce the product name.) The movie’s prop maker didn’t know what the soda label looked like and built the fishnet wonder that appears in the film.

They build 3 leg lamps for the movie and all three were broken shooting the I broke your lamp scene.

Around the corner is a Christmas tree where the needles don’t fall off and the family’s presents. I quickly by passed The Old Man’s bowling ball, and the toy trucks (they don’t have a zeppelin because they were covered in lead paint - yikes!) and went right for the holy grail - An official Red Ryder, carbine action, 200-shot, range model air rifle, with a compass in the stock and this thing that tells time! 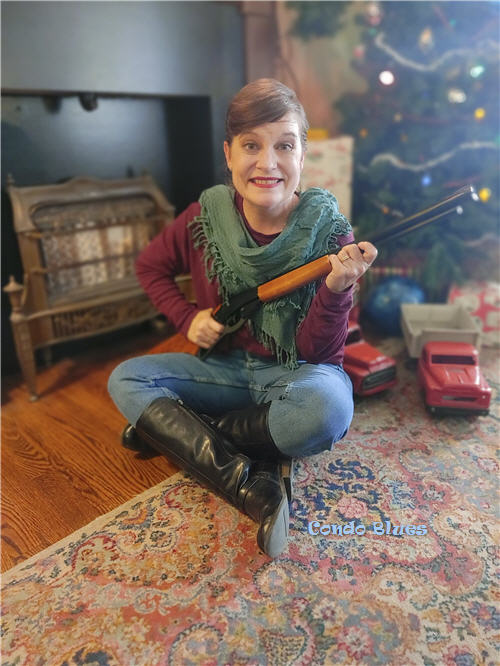 I didn’t  shoot my eye out because the carbine is zip tied to the stock! 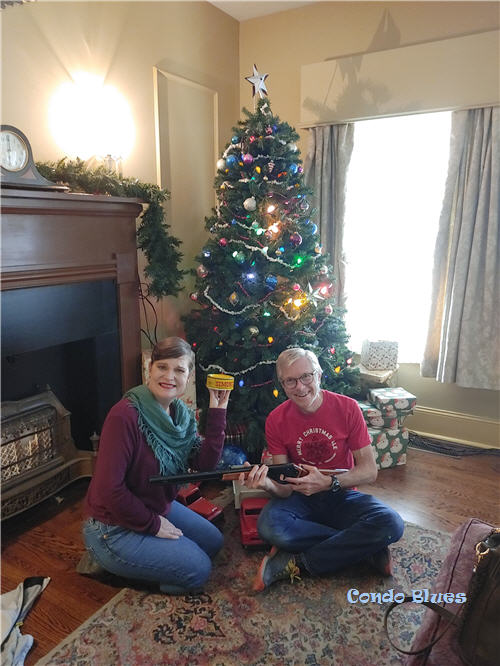 Simoniz! Just What I always wanted!

And while they let you hold and play with a can of Simoniz car wax in the house they won’t let you use it on The Old Man’s Oldsmobile across the street in the museum. 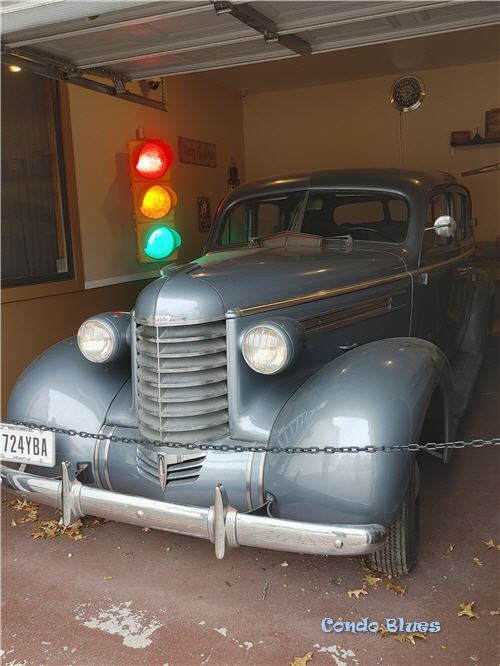 “My father’s spare tires were only tires in the academic sense. They were round and had once been made of rubber.” 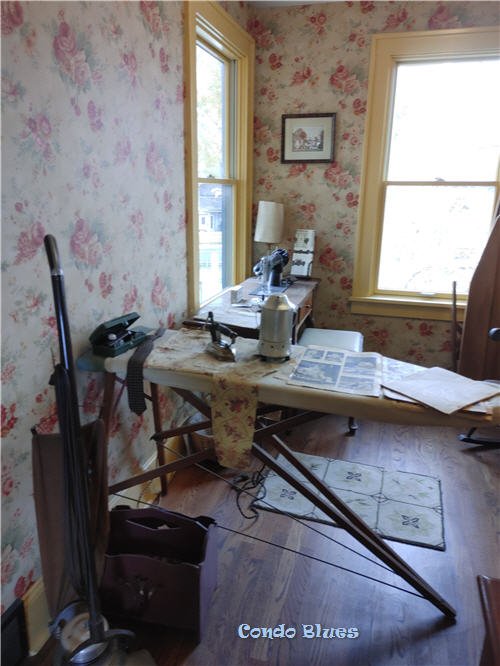 I remember Higbees stores as a kid. My family reused those sturdy Higbees holiday boxes to wrap gifts every Christmas until the boxes wore out - long after the chain went out of business.

In the hallway there’s a telephone on the wall. If you pick up the receiver you can hear Mom’s call to Mrs Schwartz telling her that Schwarz taught Ralphie “THE word, the big one, the queen-mother of dirty words, the "F-dash-dash-dash" word!” when it really was his father. If you want to risk soap poisoning, you can wash your mouth out with a bar of the infamous Lifebouy soap in the bathroom. 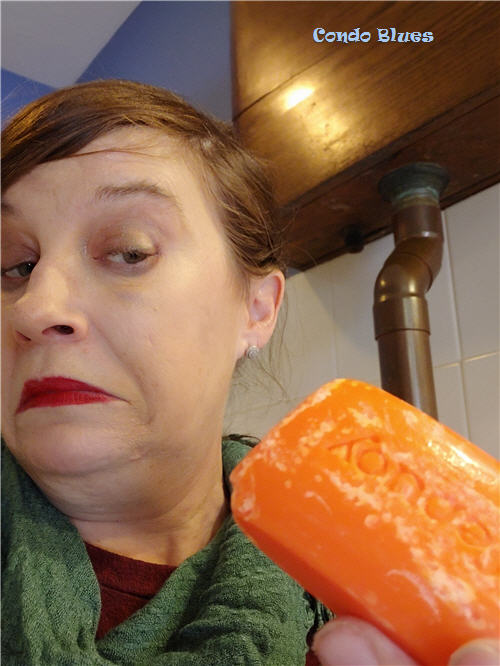 Or you can stick to decoding Little Orphan Annie's message in the bathroom. They said A Christmas Story is set in 1940 based on the style of the secret decoder ring used in the movie. 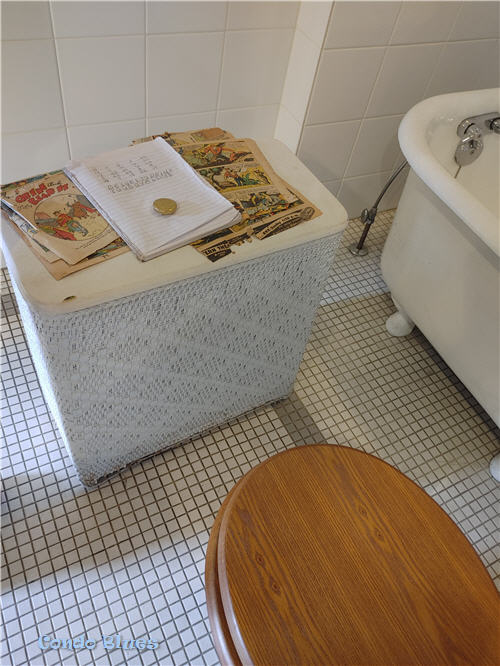 Again, look at the details of the period comic books and newspapers!

The kitchen is ready for dinner 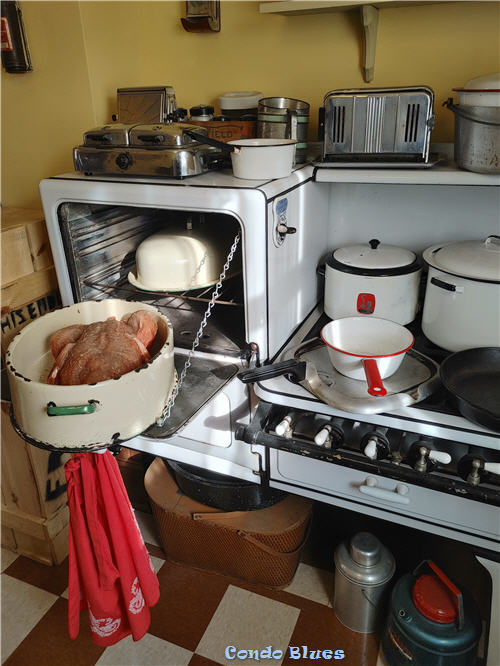 Luckily there was no sign of the Bumpus' 785 smelly hound dogs around!

You can AirBnB the Bumpus house next door as well as an attic suite inside the A Christmas Story house! 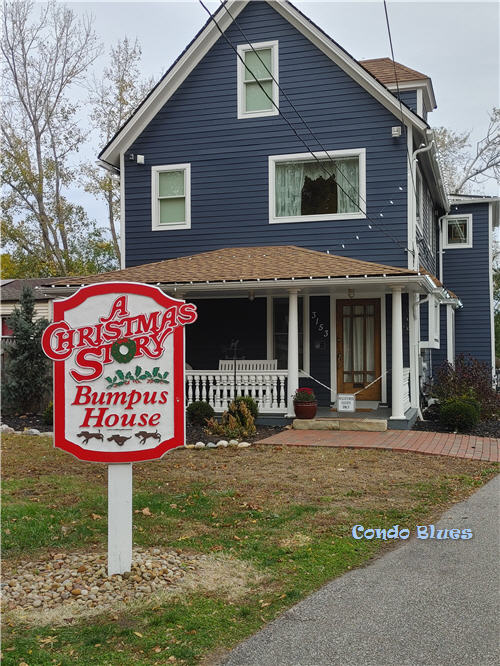 No dogs allowed in either house because they steal turkeys

My absolute favorite is seeing Randy’s I can’t put my arms down snowsuit in the museum. I can relate because it sometimes it felt like my arms won’t go down with all of the layers my parents made me wear to play in the snow as a kid. They built the snowsuit with springs in the arms to the actor’s arms stuck straight out whether  he wanted them to or not! 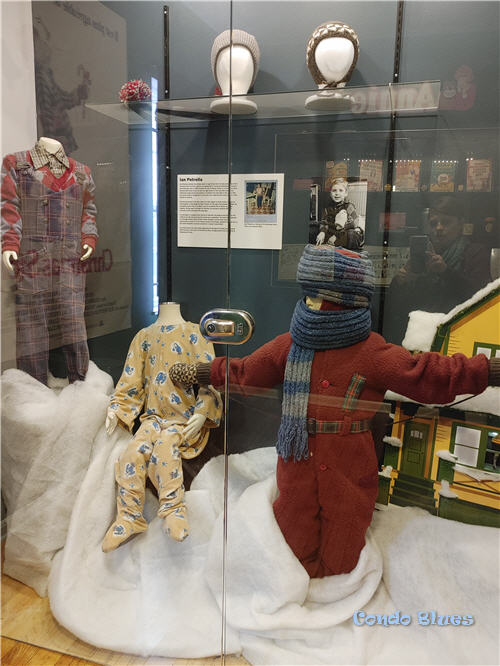 They have monitors playing interviews and sciences from the movie so it’s sometimes difficult to get a clear photo without it reflecting in the glass cases.

Naturally it all ends in the gift shop. Most of the A Christmas Story items for sale in the gift shop are the same license products you can buy elsewhere, although I did my own version of a major award! 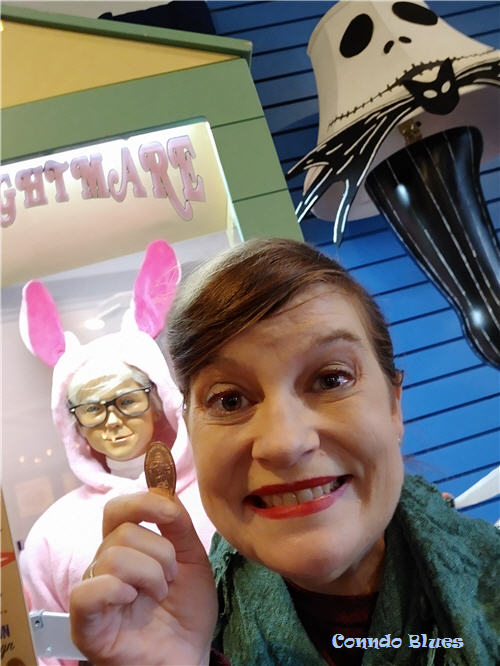 A smashed penny snowsuit from the Pink Nightmare himself!

Looking for more A Christmas Story fun and gift ideas? Check out the following options – and more – below!