Could Blitzkrieg Be Bissell’s Most Valuable Pet?

I’m entering Blitzkrieg in the Bissell Most Valuable Pet (MVP) contest . Blitzkrieg LOVES to have his picture taken. When I’m taking photos for Condo Blues, Blitzkrieg runs over and barks at me until I snap a few photos of him. 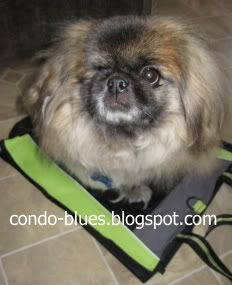 No one really cares about Lisa’s totebag.
You’d rather see my innocent come hither look wouldn’t you?

Movies? Oh yes, Blitzkrieg's an actor too. We wrote a little part for him when we competed in the 48 Hour Film Project. Here he is during his big high five scene. 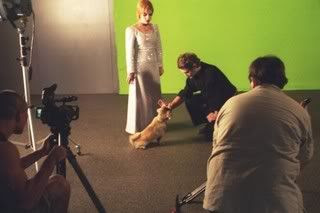 Blitzkrieg nailed it. Every. Single. Take.
Which was a lot better I did. I’m in the silver dress.

If anyone is the poster child for shedding and pet hair cleaning products it’s Blitzkrieg. Actually he’s the reason why I bought some Bissell products (courtesy of my own money), to deal with potty training and dog fur tumbleweed issues. 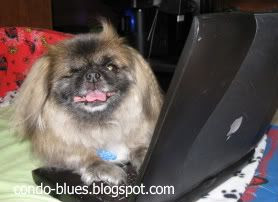 I give Lisa's sweeper and carpet cleaner a workout!

Entries for the Bissell MVP contest are open from January 1-March 25, 2010. The prizes include the chance to be on a Bissell pet product package, a $10,000 donation to the pet charity of the winner’s choice and a $500 Bissell shopping spree. 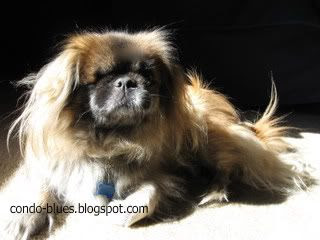 This is my sexy pose.

If we win, Blitzkrieg will donate the $10,000 to the Capital Area Humane Society. Blitzkrieg didn’t come from CAHS but they have helped us in so many ways. We took our first dog training classes from them and they referred us to countless resources to help us rehabilitate Blitzkrieg. Blitzkrieg was a severely abused dog. He was beaten and kicked constantly. He’s missing an eye, several teeth, and needed surgery to fix a hernia he got from a beating. 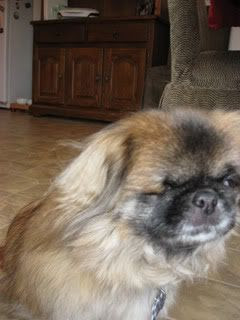 I don't like to think about my past. It was bad. Real bad.


Blitzkrieg goes with us to events and helps raise money for animal rescue. We tell his story because he has a lot of stories to tell. Blitzkrieg’s abuser was never caught. By donating our prize money to The Capital Area Humane Society we hope no other animal will go through what Blitzkrieg did. CAHS is deputized by Franklin County to conduct all animal cruelty investigations and to punish the humans to the fullest extent of the law. 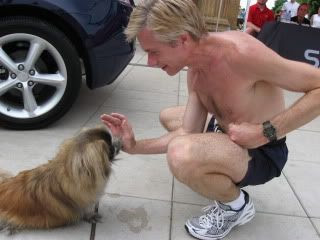 Way to go - thanks for running the Rescue Run 5K!


It took three years of education and training to help Blitzkrieg become the well adjusted goofball he is now. Once he started to heal mentally all of the energy he put toward being anxious and worried had to go somewhere constructive. Blitzkrieg needed something more than several long walks a day. We looked into dog sports. We got the vet’s OK but they were doubtful because in their professional opinion you can’t train a Pekingese – they are too stubborn.

Someone forgot to tell that to Blitzkrieg. 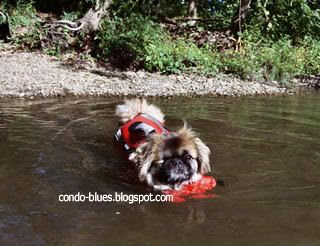 I'm in the water. Now what?


Blitzkrieg’s favorite sports are backpacking, swimming, and agility. He can’t carry much weight in his backpack. Most days it’s the car key or a few letters from the mailbox. But you can see his chest swell and he holds his head a little higher after I put something in his backpack. He’s working and he’s proud. 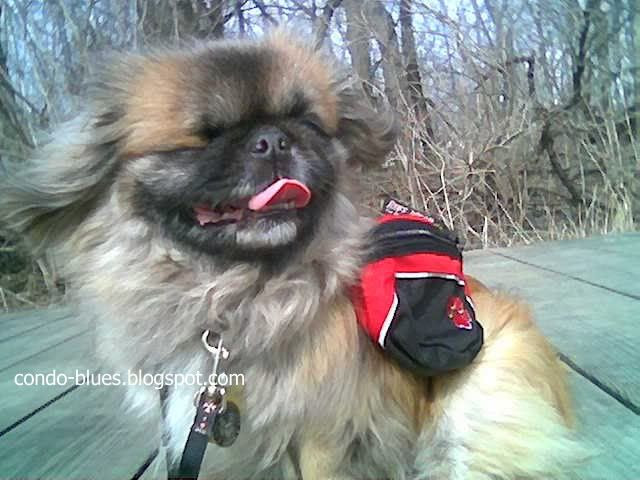 It's a good day. I have the wind at my back and Lisa's car key in my pack.


Blitzkrieg’s no sissy purse dog. After a supervised introduction to an agility teeter totter at a rescue event Blitzkrieg raced around and tried himself without us. And again. And again. We took formal classes but we don’t compete. The agility associations won’t let a one eyed dog compete but that’s OK. We have lots of fun showing the big dogs how’s it’s done at the agility dog park! 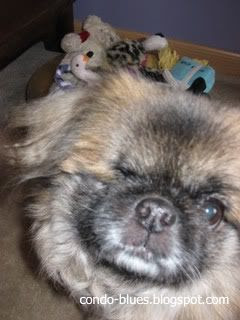 They won't let me compete because the big dogs cry when a little one eyed dog runs the course faster than they do. For reals.

The top voted pet from each week of the Bissell MVP contest will move on to the semi-finals, from which the grand-prize and second through fifth prize winners will be selected. BISSELL will be announcing the weekly winners and offering contest news through Twitter and Facebook. 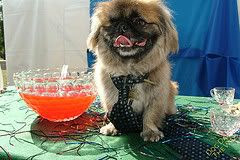 I'm going to steal a cookie from the set after you take my picture.
Photo courtesy of the Wexner Center for the Arts

Please click the button below to vote for Blitzkrieg during Voting Period 2 Friday, 01/15/10 through Thursday, 01/21/10 or to enter the contest yourself. It doesn't cost you anything but a mouse click. You can vote for more than one pet per week. If you enter, let me know in the comments below and I’ll vote for your pet too.


Last year’s Bissell MVP contest winner was Norman, a golden retriever from Columbus, Ohio. I’d love it another Columbus dog – Blitzkrieg – to win even if it’s just as a weekly winner. I’d love to show the world that disabled dogs can make a difference too. 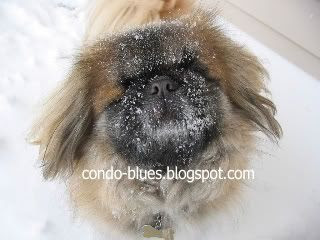 Please vote for me!

I promise not to enter Romeo, no matter how much he begs me to, Cause that would be unfair to Blitzy.

Aww ... what a great post! You and Blitzkrieg are amazing! I'll vote for you and retweet too.

What a wonderful dog. I just voted

I am most definitely voting for Blitzkrieg. He's wonderful and deserves to be a winner :-)

Rachel (Hounds in the Kitchen) said...

What an adorable dog! Thanks for choosing capital area. They have a special place in our family as my sister works there and both of my hounds were adopted from CAHS.

Don't know how I found your blog, but I voted for your little sweetheart....good luck !

I had heard the Blitzkrieg stories... but I never realized how much of a rockstar he is until this post. He is truly the most photogenic dog I've ever seen! I hope he wins!

Blitzkrieg is a very special cutie pie! I enjoyed reading his story about how far he's overcome his bad past. I love happy endings and will for sure vote for him!

Blitzkreig is a real cutie--and what a story! My vote has been recorded. Good luck!

"Dog fur tumbleweeds" is the best explanation ever!

I will vote for him for sure.

What a really cute. i want to have one too.