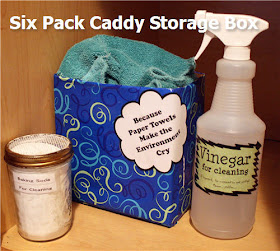 I celebrated by fixing a leaky pipe and exploding garage disposal that made a lovely mess of the kitchen cabinet and dishwasher. After I cleaned that up, I dropped just about everything I used to make hummus onto the floor. Then the beans exploded out of the blender and all over me. I steam cleaned the kitchen floor again. Ran two loads of dishes in the dishwasher (don't ask), and did a half load of laundry (hangs head. I always do full loads) because every dog towel, dishtowel, and towel I cut down to use instead of paper towels were soaked.

On the upside, I Spring Cleaned the under sink cabinet.

On the downside, the six pack carrier I use to hold clean up towels was toast.

This is a good thing. Every once and awhile, I notice Mother-in-law’s look of motherly concern when she opens a cupboard or the refrigerator and sees the contents stored in a beer six pack carrier. We don’t drink that much but I hang onto the caddys for projects and of the craft beers we try that have crazy names.

However, my cupboards are starting to look like a fraternity house.

I took advantage of this soggy situation to try out a sampling of Aleene’s Dry Adhesives from I Love to Create, pretty up my free to me towel storage, and hopefully keep Mother in law from thinking we are complete and constant lushes. 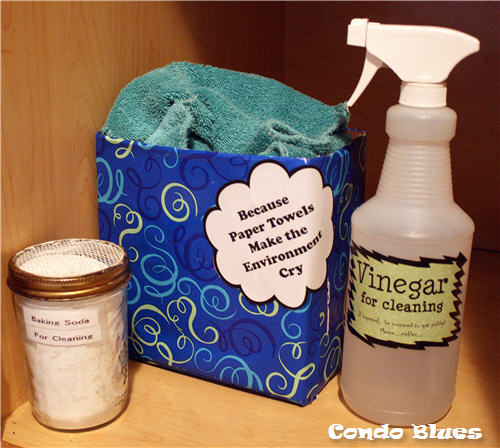 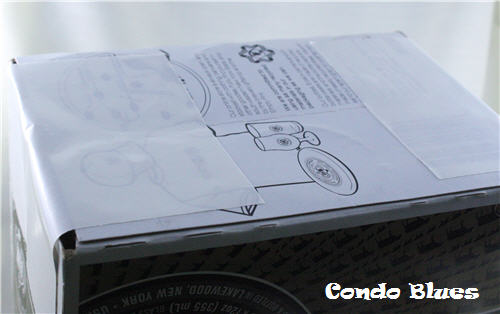 4. Follow the same procedure on the other side of the six pack caddy. 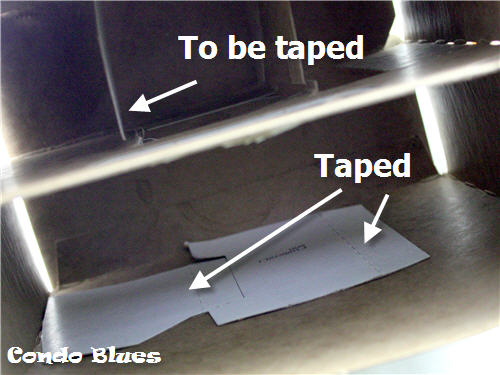 5. Optional: Cut the center portion out of the six pack carrier. 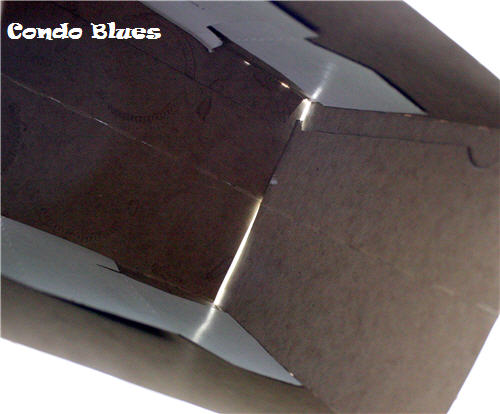 6.  Trace the bottom of the six pack caddy onto the wrong side of the wrapping paper with the pencil. Add 1-2 inches to that outline and cut it out with the scissors. 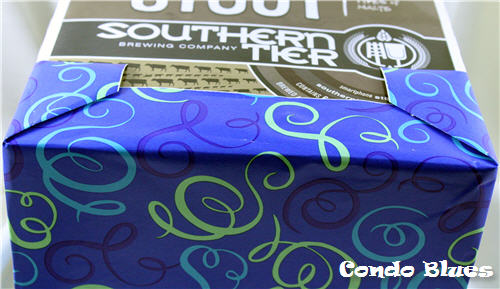 8. Wrap the corners like a present and secure with the Aleene's Tacky Dot Rolls using the same stick and peel technique you used with the Tacky Line Roll.

9. Stick one Aleene's Tacky Sticker Sheet to each of the four sides of the six pack caddy. I used the Sticker Sheets instead of the Double-Stick Sheet so I can reposition the wrapping paper to remove wrinkles if need be without ripping the paper. Do not remove the protective cover sheet from the other side of the adhesive yet.

10. Trace the sides of the six pack caddy onto the wrong side of the wrapping paper with the pencil. Add 1-2 inches to that outline and cut it out with the scissors.

11. Fold approximately 1-2 inches of the wrapping paper on all four sides to make a finished edge.

13. Cover the sides of the six pack caddy with the wrapping paper. Use the Tacky Tape Runner to apply extra adhesive as needed.

14. I was in a kooky labeling mood – again. I attached the label to the storage box using the Aleene's Tacky Dot Rolls. My label lets everyone know that my cut up and hemmed bath towels are to use instead of paper towels. It’s also an inside joke between Husband and I. He said I loathe paper towels. I came back with the  funniest thing I could think of at the time, "I don't loathe paper towels but paper towels make the environment cry." Husband burst out laughing because he wasn't expecting that response. 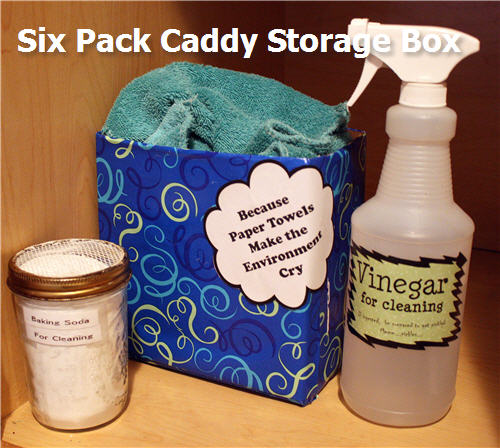 I use the cut down bath towels for everything else and prefer them because they are absorbent and free. I have so many clean up towels that I pop them in the dirty clothes hamper after one use like I would with tossing a paper towel in the trash. They don’t add much or anything extra to the amount of laundry I do each week.

It’s cool if you use paper towels on occasion. In fact, I have an emergency roll of recycled content paper towels to clean up bodily fluids from man or beast because I’m squeamish.

Pretty cool! Love the idea of repurposing even the basic of items.

Hi Lisa, I use stained wash cloths and microfiber towels which I keep under the sink in a wicker basket so it's not too tacky or messy. And I too have an emergency roll of paper towels because I live with a few pets, too. Great suggestions and keep up the encouragement to be at least a little green!

what is also good is you can use news paper to clean windows, or mirrors, it does not leave lint behind ;)