After I built my recycled pallet and cabinet workbench, I needed to organize and load in my tools. 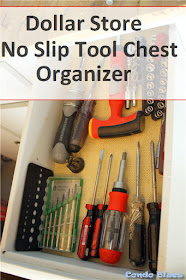 
The power tools were easy to organize. I already keep my power tools in their cases. I stashed those in the workbench cabinet. Boom. Done. 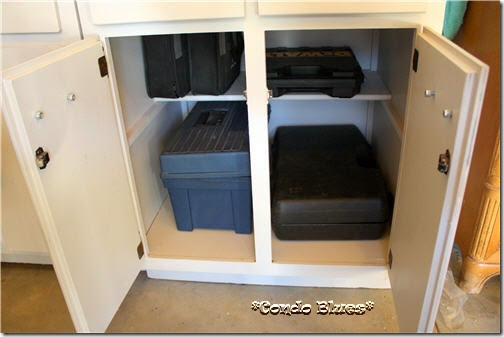 The toolbox holds a zillion jars of sorted screws and hardware.

Time to organize and put away my hand tools!

How to Organize Hand Tools

I knew I wanted to store my hand tools in the workbench drawers. Before I bought or decided what went where, I did a quick sort and grouped like hand tools together. All screwdrivers, wrenches, things that cut, you get the idea. 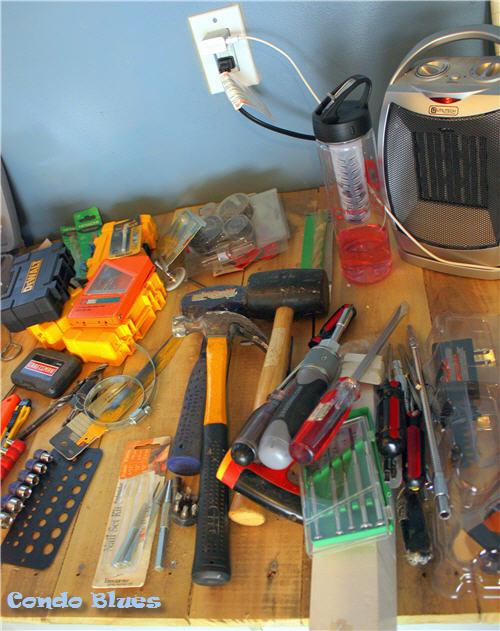 Tip: Use frozen fruit as ice cubes and for raspberry flavored goodness in your infused water bottle. It makes the job go along more smoothly!

After the quick sort, it was time to think about what type of tool drawer organizer I wanted to use. Just chucking my tools in a designated drawer was a recipe for disaster. I have a junk drawer in the kitchen as poof.

A kitchen drawer type organizer won't work with my larger tools. With hesitation, I decided that no slip tool chest drawer liners are the most versatile and can grow as my needs change. I wasn’t sure if my tools would stay put in the drawer like they do in the on line photos because my tool drawers repeatedly open and close.  If they truly work, great. If not, at 11 bucks a pop for four drawers, it was a spendy organization fail.


I found a cheaper alternative at the dollar store – no slip kitchen drawer liners! I am more willing to experiment with a no slip tool drawer organizer for a buck. Especially when it saves me $43 that I can now use to upgrade my jigsaw


I measured each drawer and cut the drawer liners with a regular pair of scissors. My drawers are narrow. One roll of shelf liner was just enough. But hey, I was willing to live large and buy two rolls if needed. 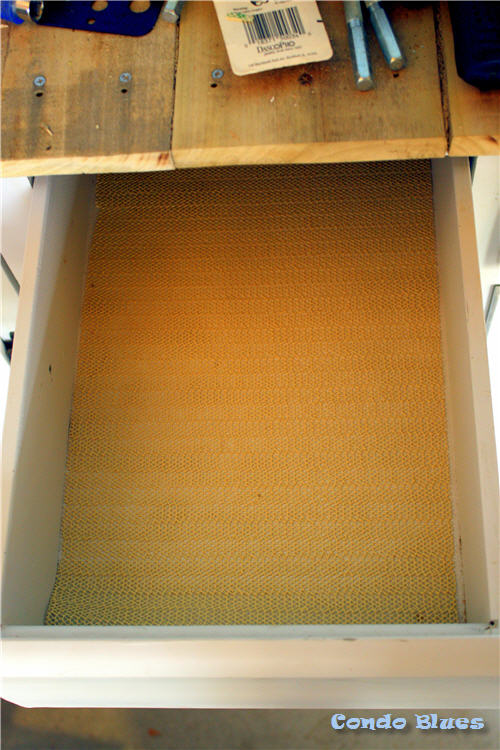 I loaded my hand tools into the workbench drawers according to the groups I made during my quick sort: wrenches and pliers, screwdrivers - so. many. screwdrivers!, drill bit cases, and measuring and hand cutting (draw wall saw, hand hacksaw, etc.) 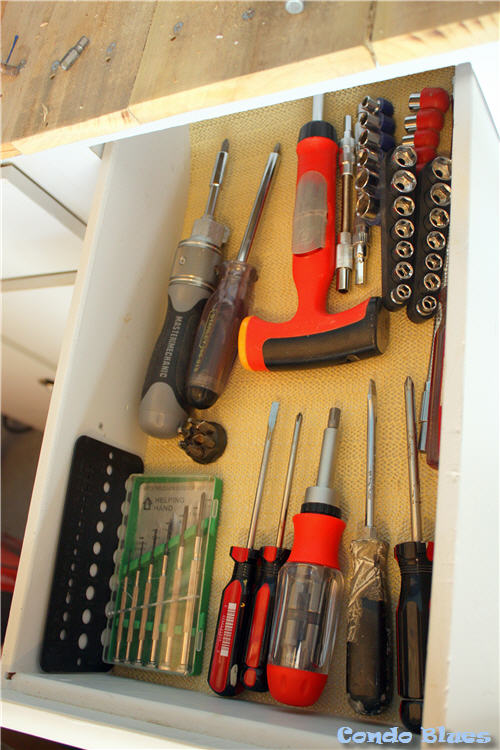 I forcefully opened and closed each drawer a million times to see if this no slip tool liner really was as no slip as they say. It is!

Any recommendations on that jigsaw I can up grade to early?